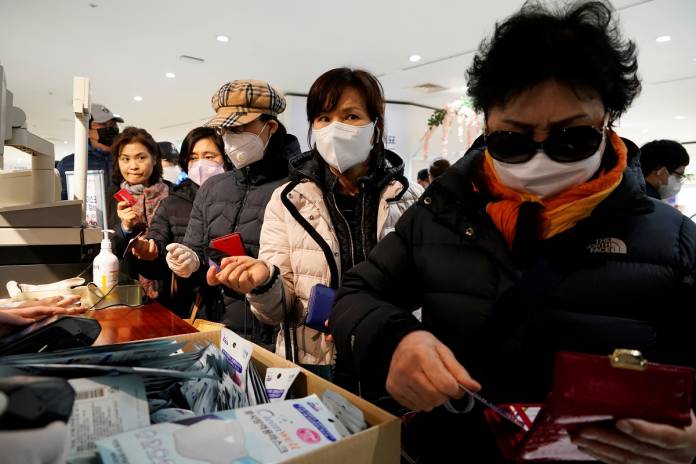 The rapid spread of coronavirus raised fears of a pandemic on Friday, with five countries reporting their first cases, the World Health Organization warning it could spread worldwide and Switzerland cancelling the giant Geneva car show.

Hopes that the epidemic that started in China late last year would be over in months, and that economic activity would quickly return to normal, have been shattered as the number of international cases has spiralled.

Switzerland joined countries banning big events to try to curb the epidemic, forcing the cancellation of next week’s Geneva international car show, one of the automotive industry’s most important gatherings.

The United States asked its military in Saudi Arabia to avoid crowded venues including malls and cinemas.