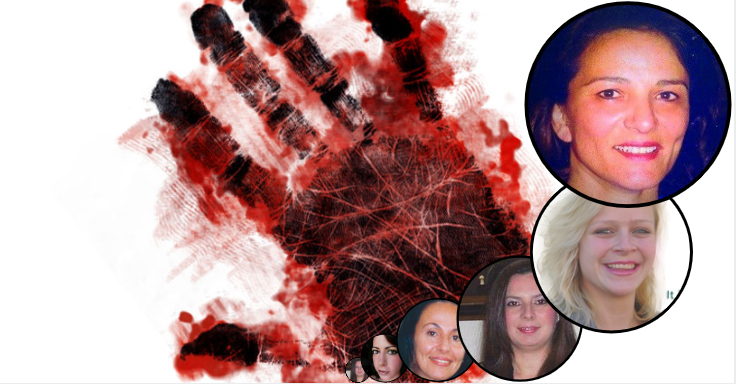 Violence against women is not a new phenomenon despite Malta having ratified the Istanbul Convention. A list doing rounds on social media illustrates the various cases of femicide and, more specifically, domestic violence against women since 1981. In total 24 cases were listed.

1981: Rita Casaletto was found by her daughter, drowned in her residence in Żabbar. Her husband’s work.

1993: Diane Gerada was stabbed to death by her husband at the their residence in Marsaxlokk. The court had found Grazio Gerada guilty however that he was reacting to provocation and thus was sentenced to four years imprisonment.

1993: Sylvia King was victim to femicide. She was burnt alive in the limits of Rabat. She was helping another woman who was a victim of domestic violence. King was kidnapped by Joseph Harrington and another man, Harrington had subsequently murdered. Harrington died in Hospital in 2014.

1999: Jane Vella was pushed over a cliff in Munxar, Gozo.

2001: Vanessa Grech and her daughter of 17 months were stabbed to death by her husband. They were subsequently thrown into a well. In a trial by jury, Alfred Azzopardi from Żejtun was sentenced to a life time imprisonment.

2002: Rachel Muscat was killed by her boyfriend at his residence in Għaxaq. Nureddin Bazen killed his girlfriend after she tried to end their relationship. He had stabbed her and hid her body under the bed.

2002: Pauline Tanti was stabbed on the doorstep of her mother-in-law’s residence. Her husband committed suicide shortly after.

2003: Josette Scicluna was stabbed 49 times by her ex-boyfriend at her house in San Ġwann. The son witnessed his mother getting stabbed. David Norbert Schembri was sentenced to a lifetime imprisonment in 2009.

2004: Patricia Attard was shot dead by her ex-husband Carmel Vella. She was found dead in her car in Ta’ Qali in 2014. Vella was accused of commissioning her murder.

2005: Doris Schembri was stabbed to death while she was being hospitalized at St Luke’s Hospital. Her ex-husband had killed her. In 1992 Anthony Schembri was charged with attacking his wife with a pair of scissors. He had told the court that he was suffering from a medical condition.

2009 Lyudmila Nykytiuk fell into the shaft after an argument with her husband. He had left her to die in St Paul’s Bay.

2009 Catherine Agius was killed by her ex-husband while getting off a public bus in Tarxien. Roger Agius is currently serving a 30 year imprisonment.

2010 Christine Sammut was shot dead in her car by her ex-partner Kenneth Gafa. Gafa avoided a lifetime imprisonment sentence after he pleaded guilty and was sentenced to 35 years imprisonment.

2011 Irena Abadzhieva was found dead in her apartment in Buġibba. Her ex-partner had stabbed her 40 times. Mustafa Kosurgeli is still on the run and is listed as one of the most dangerous people being sought for by Europol.

2011 Karen Cheatle was found drowned in her apartment in Mellieħa. The Police found her after they attempted to contact her after they found her partner, John Agius, had committed suicide on a tree outside his house in Mġarr.

2012 Yvette Gajda was killed by her partner in their house in St Paul’s Bay. She was stabbed 60 times by a pair of scissors. Nandor Marton had pleaded guilty to killing Gajda and was sentenced to 25 years.

2012 Margaret Mifsud was strangled by her ex-partner in her car. She was found in White Rocks. Nizar El Gadi was tried by jury and found guilty, where he was sentenced to a lifetime imprisonment.

2012 Meryem Bugeja who was pregnant with twins was found dead at her residence in Mġarr. Bugeja had suffered blows in her head. The Police had initially thought that the woman fell and hit her head. However this theory was discarded because they had found it to be impossible. Her husband was questioned by the Police, only to be released later due to lack of evidence.

2015 Silvana Muscat was stabbed five times. She was found dead in her bed at her residence in St Paul’s Bay. The main suspect behind her death is her husband Hamid Nour Eddine G Ibrahim who is still on the run. Ibrahim was in court a few weeks earlier accused of having attacked his wife, he had been ordered not to speak or contact his wife.

2016 Caroline Magri was found dead by her partner on her bed at her residence in Ta’ Giorni. Magri had her throat slashed. Her ex-partner who had stalked her and threatened her for a long time is being suspected with her assassination.

2016 Eleanor Mangion was found dead in a warehouse in Qormi. Mangion had suffered a blow with a hatchet on her head. Her partner stands accused of murdering her. The two, who had been together for a number of years, were undergoing separation procedures. They had a daughter of 9 years.

2018 Maria Carmela Fenech and Antonia Micallef were stabbed to death in Għargħur. Maria’s son stands accused of killing both women. Procedures are still on-going in court.

2018 Shannon Mak was found with her throat slashed in St Venera. The main suspect is ex-boyfriend. Mak had apparently driven her ex-boyfriend home after a work meeting, he then killed her following an argument.

2018 Lourdes Agius, a mother-of-six was found dead at her house in Paola. The main suspect is her partner Michael Emmanuel from Ivory Coast who was charged on Sunday.

The list was compiled and circulated on Facebook by Josanne Cassar and Yosanne Vella. It is not excluded that there might be other cases which could have been unintentionally left out.

Amy Borg   March 28, 2020
Deputy Prime Minister and Health Minister Chris Fearne said that the allegations that a particukar private company knew before hand of the tender that the government was to issue to build a prefabricated/temporary hospital to treat coronavirus patients, are unfounded.

‘Whoever takes no action on corruption, is corrupt himself,’ Repubblika tells...