In a post on Friday, Formosa said that he held back from expressing his thoughts on the current political crisis out of fear of being misinterpreted. The country plunged into following some progress in the investigation into the murder of journalist Daphne Caruana Galizia. Over the past few weeks, Tourism Minister Konrad Mizzi and chief of staff to the Prime Minister Keith Schembri have resigned. While Prime Minister Joseph Muscat announced that he will resign once a new Partit Laburista leader is elected.

‘We can’t let any individuals who have abused power or others who are fighting for that power ruin this time for us,’ Formosa wrote, saying that Christmas time is the best time of the year where one reunites and helps those in need. Adding that ‘politicians come and go but unforgettable moments with your loved ones will never come back.’

Formosa added that cancer continues to affect children even during a crisis such as this, and urged for people to donate in various activities including the annual telethon l-Istrina. 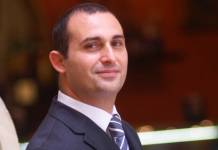 L-Istrina has come under fire with calls to boycott the annual telethon. It was only in 2002 that Partit Laburista which was led by then-leader Alfred Sant had boycotted the organisers of l-Istrina. Despite the boycott two Labour MPs had participated who at that time had said they were not aware of any official party boycott.

Watch: Is Bjorn always about to die before each fundraiser?