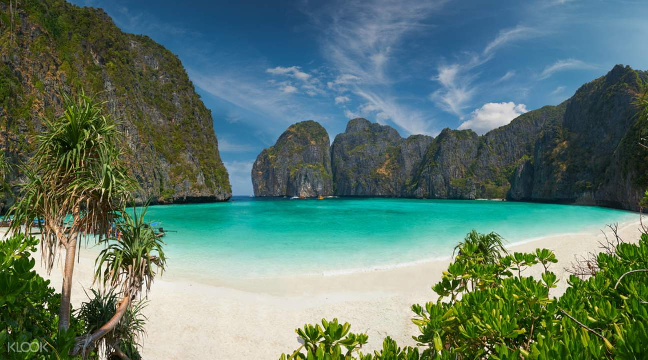 Ever heard of the phrase ‘a plague of locusts’? In Maya Bay in Thailand, people are now being likened to such a plague. A strong contender for the world’s most celebrated beach, Maya bay has been closed to tourists for four months in a bid to reverse damage to the surrounding coral reef.

The idyllic cove that starred in the film The Beach has long been the victim of its own fame. The film encouraged waves of tourists to visit the once little-known Phi Phi Islands. The once pristine Maya Bay and the sheltered strip of sand are now a far cry from the unspoiled utopia depicted on the big screen.

As many as 5,000 people have been arriving each day on boat trips from the bustling mainland resorts of Krabi and Phuket

According to research, over 70% of Thailand’s coral reefs have been devastated, double the figure this was 10 years ago, with polluted water from seaside hotels, the dumping of plastic waste and damage from boat anchors all to blame.

Photo of the week: October swim

Greeks return to beaches in heatwave, but keep umbrellas apart