Minister Silvio Schembri’s words in parliament on Tuesday did nothing to dispel the rage ignited through his crass comments that foreigners laid off in Malta because of the coronavirus crisis would have to be deported. His original comments, controversial as they were, would have earned the honourable minister a warning from any seasoned politician not to wage war on more than one front. Schembri already has COVID-19 to contend with.

The comments on the social media poured in but the minister was undeterred. “I may receive criticism for this, but I will be clear: charity begins at home. Our primary intention will be to guarantee the jobs of the Maltese,” the minister said.Non-EU citizens, Schembri added, “lose their work permit when their job is terminated, and once that happens they must return to their country.” 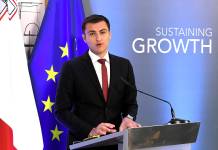 Only that is not charity, not as a Christian would understand it wrote Fr Anton D’Amato who recalled that the word has its roots in the Latin term for love. “If charity begins at home … at least it must be done with those who live in the same house. This country we call home is a house to many, not just Maltese, not just stable citizens for generations. This country of ours is not “tal-Maltin biss” … if so, those who are not citizens what are they, our little slaves whom we treat as we wish?”

Warning signs
If we fail, we lose our humanity – Catholic and Lutheran bishops 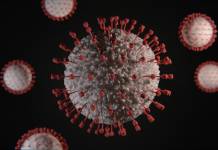 In a statement, the Maltese Italian Chamber of Commerce completely dissociated itself from comments attributed to the minister and expressed its shock.

It said several companies owned by expats and Italians have made huge investments in Malta and employ thousands of people. As taxpayers, foreigners have the same rights as Maltese citizens. “At this moment we should be thinking about protecting everyone’s health, rather than finding means to divide us. Coronavirus does not distinguish between nationalities. We are sure that the minister’s words are the result of a misunderstanding,” the chamber said.

“A terrible way to treat people”

MEP Roberta Metsola said that this was “This a terrible way to treat people who made #Malta & #Gozo their home, strengthened our communities, paid taxes & helped fuel our economic growth”.

Reactions poured in. Some came from the public and some from seasoned journalists and commentators. All were in harmony: this is not on.