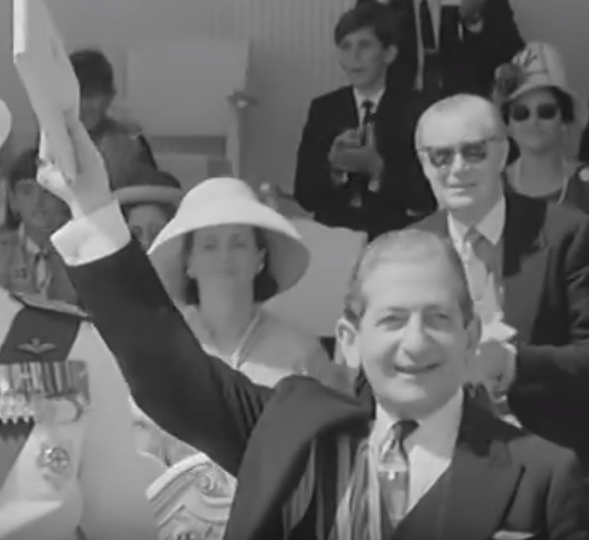 In the immediate aftermath of Malta’s Independence, historian Joe Pirotta notes that the then premier Giorgio Borg Olivier had ably navigated diplomatic waters to keep the Soviet Union at arms’ length. In a tense geo-political situation with the epicenter of the Cold War shifting closer to Malta and centring on Egypt, Borg Olivier had to walk the delicate tightrope between accepting the USSR’s overtures and reciprocating in paucity.

Pirotta notes that Memorandum No. 637 of 1966 was twice put forward by Borg Olivier for discussion by Cabinet in newly independent Malta. The memo stated that at the time of independence the Chairman of Ministers of the U.S.S.R., Anastas Mikoyan, sent a message expressing his country’s willingness to establish diplomatic relations with Malta. The Maltese Government, aware of the adverse reaction that would be caused in Malta, accepted in principle and ‘looked forward to the day when it would be possible to arrange for an exchange of missions’. The Maltese Government added that it could not establish a mission in Moscow or adequately cope with the establishment of further missions in Valletta. It suggested that relations between the two countries could be handled through representatives in London. That remained the position in spite of other diplomatic missions being established in Valletta.

The Soviets continued with their approaches to Malta by means of various invitations to Maltese Ministers to visit Moscow and a personal gift sent to Borg Olivier by Nikolai Podgorny through the Soviet Permanent representative at the UN, following the successful launch of Luna 9 on 31 January 1966. (On 3 February Luna 9 became the first spacecraft to make a soft landing on the moon). In making the presentation the Soviet representative ‘underlined the Soviet Government’s wish for closer relations with Malta’. At this time, tension in the Middle East were escalating with Nasser playing both sides of the Cold War against the middle, in an effort to establish Egypt as a leader in a pan-Arab movement.

Borg Olivier’s memo went on to make the point that up to then Malta had ‘been able to hold off the Soviet Union on what can only be described as implausible reasons’. It was also recognized that diplomatic relations with the Soviet Union were ‘inevitable in the long run whatever the internal political difficulties’ – presumably meaning incurring the Church’s displeasure. It was therefore considered advantageous for Malta ‘to choose her own timing and manner’. There were fears that ‘any more rebuffs to the Soviet Union might provoke hostility’ as Malta was the only European country without diplomatic relations with the USSR.

It was also recognized that establishing diplomatic relations with the USSR would not have any beneficial results for Malta as there was little possibility of trade and receiving aid from the USSR was considered ‘dangerous’. The advantage was thought to be that Western Powers would not take Malta for granted.

When the memorandum was discussed a second time,  Cabinet agreed to the establishment ‘of diplomatic relations with the USSR’ on a ‘non-resident Ambassador’ status ‘with reciprocation’.

The available documentation appears to indicate that the push for diplomatic relations had originated with the USSR which continued to press the matter. Borg Olivier reacted at a point when it was thought that not doing so would invite the unnecessary hostility of a super-power. However, Borg Olivier recognized that at that stage it would not be in Malta’s best interests to continue to refuse the Soviet request. Therefore, in a diplomatic compromise that was characteristic of Borg Olivier, he accepted the principle of diplomatic relations on a non-residential basis, thus partially accepting the Soviet request but without granting them the right to opening a diplomatic mission in Malta.

Monique Agius   April 6, 2020
Two Maltese nationals who were stranded on a cruise liner were transferred to Malta on Monday afternoon.