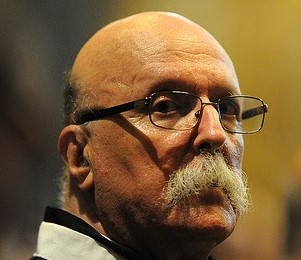 Eminent Human Rights Judge Giovanni Bonello said that in Maltese history there was only one case when all the members but one of judiciary recused themselves from a case The last man standing at the bar had decided to preside over the case to prevent the parties from ending up in a situation where they would have not had the case heard at all. This episode was brought up by Mr Justice Bonello in questions sent by Newsbook.com.mt. about the recusing precedents of members of the judiciary. The case in question was the issue of Church Schools in the early 1980’s

The Judge Emeritus went into explaining the procedural law when it comes judge disqualification or recusal. The procedural law provides a list of when a member of the judiciary presiding over a case should abstain either on one’s own initiative or after one is asked by one of the parties to the case. The list provides for a number of possible circumstances which may arise and is in order to ensure the independence and impartiality required from the judiciary member presiding over a case. The Judge Emeritus stressed that aside from the procedural law, there are also fundamental human rights which may also limit a judiciary member from presiding over a case if the independence and the impartiality of the judiciary member is questionable. Such circumstances may not be explicitly listed in procedural law however they may still come into effect given the fundamental human rights of a person.

Bonello argued that every person has a right to a fair trial and justice needs to be done but also needs to be seen to be done. He stressed that the member of the judiciary should be completely detached from the parties to the case. He emphasized that if this is not the case then the fundamental human rights of a person may be breached.

The Judge Emeritus remarked that it is of no excuse that no independent and impartial member of the judiciary can be found given that it is currently composed of some 45 members.