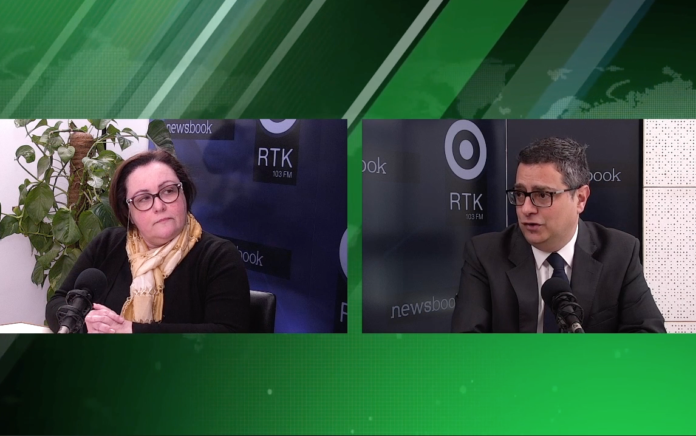 Dr Adrian Delia, Leader of the Partit Nazzjonalista, said that a politician who is found guilty of money laundering or of domestic violence, among other things, does not have a tenable position in politics. He made this statement when he was asked by Newsbook.com.mt how PN members would have the gall to ask for anyone in Government to resign, when he, embattled as he is as leader, refuses to resign in the face of numerous allegations. Delia said that while what is said about the Government is true, what is being said about him are malicious fabrications.

During the same interview, Dr Delia answered questions about colourful language used when referring to the PN’s Secretary General; whether he has ever taken drugs; when the Parliamentary Group will meet; and about the evident split in the party. The PN Leader also spoke about whether the position of a politician remains tenable if one is found guilty of money laundering or domestic violence.

He did not say when the Parliamentary Group will meet – Newsbook

Delia did not say when the PN Parliamentary Group will be meeting, despite being asked a number of times. He said, however, that he had no problem calling a meeting. He added that the last time they met was on the 27th December, “an unusual time for the Parliamentary Group to meet”.

To the comment that much water had gone under the bridge since then, Delia said that he met a number of Members of Parliament individually, adding that he has no problem with meeting the entire group.

Delia said that a politician who is found guilty of money laundering or of domestic violence, among other things, does not have a tenable position in politics. He categorically denied ever having taken drugs. When asked about how he would react if he found out that someone of those around him is a Freemason, he said that the statute clearly states the person should be kicked out.

When asked about how he would ask for someone’s resignation when he is not resigning himself, Delia said that “the moment there is a single fact or some type of condemnation leading someone to be incapable of holding a position, then that position becomes untenable.”

The Prime Minister defended you – Newsbook

Dr Delia was asked about how he felt when the Prime Minister and other members of the PL defended him.

He said that he doesn’t know of a time the Prime Minister defended him. When he was told that there were reports in the news about it, he insisted that he had no idea.

He added that it is common in politics that “someone could be, on the face of it, agreeing with you, while secretly fanning the flames.”

The Secretary General was described in colourful language – Newsbook

It was pointed out that the videos about Delia were edited, however whether edited or not, he was heard using contemptuous and colourful language in reference to the PN’s Secretary General Clyde Puli.

Delia said that it is sad that someone uses an edited video to jump to conclusions about how he feels about Clyde Puli. He said that he will not comment after he hears the ‘full and true’ recording.

He went on to describe the Secretary General as one of the most hard-working people in the PN.

Have you considered suspending yourself?  – Newsbook

Newsbook.com.mt asked whether Dr Delia is thinking of resigning or suspending himself pending clarification of his family situation, as well as harsh criticism he is facing because of the situation coming from various branches of the PN.

The PN Leader said that he never considered resigning of suspending himself. This newsroom then reiterated his words that nobody is larger than the party, to which he replied that he still believes in the maxim, adding that his behaviour now reflects precisely that.

“I have never considered strategic retirement. In any form. Because there are false allegations,” said Delia. He also said that criticism strengthens his resolve to carry on the road he started. Delia was categorically against taking a step back.

“Criticism is the largest tool for me to better myself,” said Delia adding that since he knows he is on the right track, he appreciated that there will be those who disagree, and those who don’t understand. He sees his role as one with the mission to convince people. “My work isn’t to retire, but to persuade who isn’t convinced and explain to those who have doubts,” said Delia.

A party split beyond repair? – Newsbook

Delia was asked whether he agrees with those who say that the PN is split beyond repair. He disagreed saying that, “I am not saying there isn’t some type of activity or intent which wants, not as much a split, but more resistance,” said Delia.

He said that media often magnifies misunderstandings or divergent opinions. This is why it then appears that there is a split. He said that it is no coincidence that these turbulent gusts have been blowing on the PN in the last few days. Delia reminded that, in the last few days of the year, the Prime Minister was coming up with a plan to give land in St George’s Bay, St Julian’s to the Corinthia group. According to Delia, the recent troubles were fanned by the PL to deviate attention from what is selling public land for a pittance.

“A Government throwing away workers in favour of big business” – Delia

The politics of persuasion is not a favourite of those who were comfortable in the old days, those to whom change is unpalatable, said Delia. He said that the fight isn’t for Adrian Delia to stay or go, but it is a fight for the identity of the party: a party of the people which can reclaim its place in the heart of the Maltese electorate.

He warned that the PL knew how to make promises and cover everything in glittery marketing “but now,” he said, “the masks are falling”. He said that the PN needs to overcome their difficulties quickly because the country has a Government creating a society without a soul and is only interested in ‘big business’. Land, said Delia, is being given for free to large companies when workers are ending up without a roof over their head.

“This is a Government who only keeps in mind the few chosen ones and is throwing away, forgetting, overstepping thousands and thousands of the weak,” said the PN Leader. The government, according to Delia, is taking us close to the precipice and that which we are considering the best of times will soon be unveiled as a misnomer he said, adding the the Government economic model is defective.