If coronavirus were a hit-man, oil-based economies would be its most recent scalp. After the devastation wreaked on economies based on tourism, Malta is one of them, the sharp decline, a disappearance almost, of consumer demand, the need for oil has declined considerably. The ‘Petropolis’, those states which were oil-rich and who were exploiting their resource as the main basis for their economy are now in the same bind as the countries based on tourism. Newsbook.com.mt spoke to two leading economists. “This is the devastating effect of coronavirus,” said Dr Philip von Brockorff. “The world has gone on pause,” added J.P. Fabri.

Not doom but definitely gloom

The head of the Department of Economics at the University of Malta, Dr Philip von Brockdorff said that the blow given to various economies has been felling. He said that the lack of demand will definitely steer the world economies to a recession. Storing oil is also not an option since such storage is both risky and costly. Moreover, he added, production of oil is not something that can be switched on or off overnight, like a light bulb. This lack of demand: less manufacturing production, much-reduced flights and traffic, for example, will be a slap in the face for oil-based economies such as those in Nigeria, Venezuela and Ecuador.

Does this mean a new wave of migration, asked Newsbook.com.mt?

Certainly, replied Dr von Brockdorff. When economies collapse or face stringent circumstances, this is not just an academic exercise. The reality is, explained the economist, that it will be the people in those countries, and normally the poor, who will bear the brunt of the harsh reality. Which is why, he added, that the World Bank has moved to ease the debts of these countries who will most likely be worst hit through the effects of this pandemic.

But, asked Newsbook.com.mt, the International Monetary Fund was so optimistic for recovery. How come economists are so gloomy?

It is all a matter of timing, said Dr von Brockdorff. According to the economist, the IMF’s projections were based on a ‘back to normal’ situation materialising in June. He expressed the opinion that that is far too early and economic recovery will be slow and painful.

A world on ‘Pause’

Economist and lead partner in SEED Consultancy J P Fabri echoed Dr Von Brockdorff’s words. He too was sceptical of the optimism evinced by the IMF. On the other hand, he pointed out that a recent wide-ranging study carried out by SEED showed that businessmen across the spectrum of industries in Malta are optimistic about the future. In his opinion, it is a matter of how well Malta can land on its feet, running. He added that recovery will be slow and likely to take not only all of 2020 but also all of 2021, assuming that there is no relapse or resurgence of the virus.

Consumers should benefit from cheaper oil

The situation is unique said J P Fabri, adding that this would be the right time for the authorities to see how they can pass the benefits of this cheaper oil onto the consumers, from industry to households. Fabri said that with the world economies currently on the pause button, the demand factor in the economy has dried up and the prices have bottomed out because the oil-producing countries have nowhere to store the oil. He added that the demand will pick up once the economic wheel starts turning again but that will happen gradually. 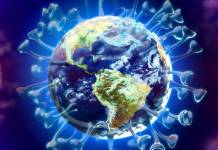 “This is a surreal situation. We are seeing history being written where the oil markets are concerned,” observed J P Fabri. He was careful of describing the IMF projections as ambitions given that countries will recover from the coronavirus blows at different rates. He said that in an initial phase, domestic tourism may be promoted over travelling abroad. This is already being promoted in several countries such as in Italy.

Our job, at present, concluded J P Fabri, is to observe carefully what is going on internationally, keep investing in the workforce and get ready to land on our feet, running.