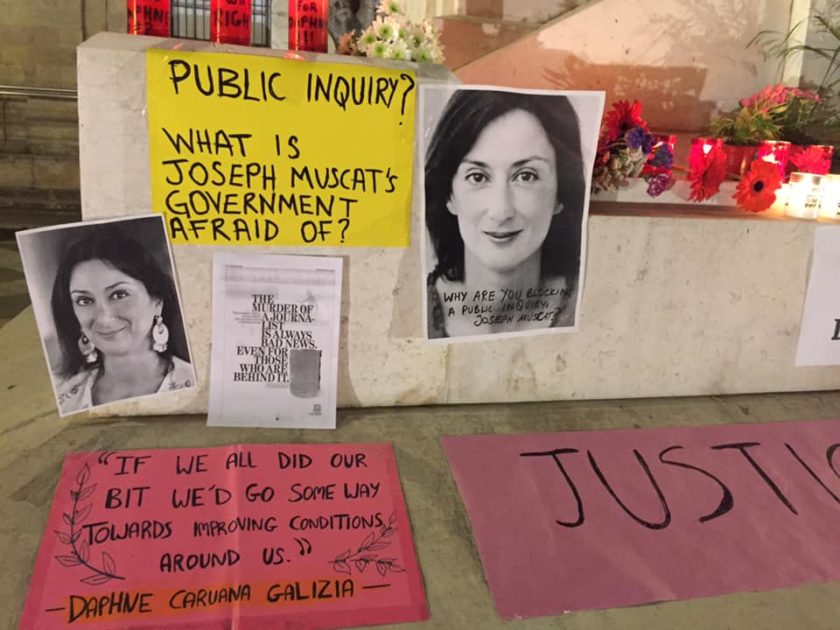 Despite the government having repeatedly said that a public inquiry into the murder of journalist Daphne Caruana Galizia could only be held after the ongoing magisterial inquest and investigations are concluded, Newsbook.com.mt has looked at past instances where public inquiries were set up while magisterial inquests and investigations were still underway.

The family of slain journalist Daphne Caruana Galizia has called several times for an independent and public inquiry to be launched into whether her murder could have been avoided. The government’s stand on the matter is that it has no objection to launching a public inquiry, however, it has consistently claimed that this can only take place once the criminal investigation and magisterial inquiry are concluded. The issue is that magisterial inquiries take years; some are still open after 20 years.

READ: PM, your clock is ticking – Legal advice to family

Last week, Foreign Affairs Minister Carmelo Abela said that the government will abide with the three-month deadline set by the Council of Europe to launch a public inquiry into the murder. However, the government has not yet made a formal announcement on this recent development.

READ: ‘We will abide with CoE. Public inquiry into Caruana Galizia murder to be launched within 3 months’ – Minister Abela

A recently-approved resolution by the Council of Europe has given Malta a three-month time window during which the public inquiry into Caruana Galizia’s murder should be opened.

During a media freedom event in London, Foreign Affairs Minister Carmelo Abela passed an off-the-cuff remark saying that the public inquiry will be held, and that Malta will abide by the Council of Europe’s resolution.

The Government has yet to formally pronounce itself on the comments made by its own foreign minister.

READ: ‘I’ve already said that I don’t agree with the resolution’s content’ – Muscat

During a BBC Radio 4 interview, Prime Minister Joseph Muscat had ruled out a public inquiry into whether Daphne Caruana Galizia’s murder could have been avoided. Back in September 2018, he had said that there was no need for a public inquiry.

READ: “No need for public inquiry into Daphne’s assassination” – PM

Repeated calls have been made for a public inquiry to be launched into the murder of Caruana Galizia, with international media and human rights organisations joining the call.

Muscat had said that the investigators need to be given the space to investigate and that he was not too sure whether a “second public inquiry” would lead to a better result.

In a government statement on the 11th October 2018, the government had said, “While it is of utmost importance to avert situations or decisions which might prejudice or hinder ongoing criminal investigations, at the same time there is nothing which excludes the setting-up of another inquiry at a later stage as long as this prejudice is averted,” referring to the ongoing correspondence between the Attorney General and the lawyers of the family of Caruana Galizia.

In April 2019, the government said that it “has no objection for the launching of an independent public inquiry into whether the homicide of Caruana Galizia could have been prevented”.

The statement which was issued by the Ministry of Justice, added that this would be carried out once the current criminal inquiry and investigations are concluded. According to the government this stand was taken following local and international expert advice. “The pending criminal investigation is not adversely affected by another parallel public inquiry,” the statement read.

READ: Daphne Murder: We are not considering a public inquiry – Malta to the UK

However, this is not the first time that a public inquiry was set up while ongoing investigations and a magisterial inquest were underway.

Newsbook.com.mt has looked at some past instances when inquiries such as these were set up.

Seven-year-old Nigerian girl Victoria Aluko was found dead during the night of the 21st January 2018. Her death was announced by the Family Minister. The girl was residing in a Żabbar residence lent to her parents and two siblings by the Dominican nuns. A magisterial inquiry led by Magistrate Ian Farrugia was set up.

Since then, the independent investigation appointed by the Ministry was completed, and Judge Emeritus Philip Sciberras presented his report to the Ministry in May 2018. Although the main findings were reported, the full report was not published, since the magisterial inquiry was still underway.

READ: A year on, magisterial inquiry after death of girl still ongoing

The Home Affairs Ministry had appointed an independent board to investigate reports that Dutch inmate Perry Toornstra had been beaten.

Toornstra had escaped from Corradino Correctional Facility and he had said that he was beaten by wardens. His freedom had lasted a couple of minutes before he was apprehended. The inquiry board was chaired by Emmanuel Cassar. The Ministry then had released a set of administrative recommendations.

Again, there was a magisterial inquiry and criminal investigation underway in parallel.

Another inquiry was appointed over an incident in 2005 in Safi Barracks. On that day, 26 migrants and two soldiers were injured during a protest staged by the migrants.

The report compiled by then-Judge Depasquale on the incidents that took place at the Safi Detention Centre on the 13th January was published by the Government, later on that year.
As in prior instances, there was a magisterial inquiry and criminal investigation also underway.

On the 3rd April 2016, a five-year-old boy was injured by a lioness. In a tweet, Prime Minister Joseph Muscat had announced that he had ordered an inquiry into the incident and described it as “totally unacceptable”.

Muscat had appointed former Ombudsman Joseph Sammut to carry out an inquiry into the illegal operation of Montekristo Estate on the 5th April 2016. The final report was presented a month later.

From a reply tabled by Muscat himself in parliament last December in a reply to a PQ by Opposition MP Karol Aquilina, Muscat had told parliament that in total he had appointed five boards since 2013.

What does the law say about inquiries?

According to the Inquiries Act (Chapter 273 of the Laws of Malta), a board may be appointed to carry out an inquiry into any of the following matters a) the conduct of public officers or of officers or servants of a statutory body or of anyone or more of such public officers, b) the conduct or management of any department of Government or of any statutory body, c) any matter falling within the functions or responsibility of any such department or body, or otherwise concerning or affecting a service of the government.

A board such as this may be appointed either by the Prime Minister for any of the purposes outlined above or by a minister.

The law contains provisions on the composition of the board. Any board appointed under this Act shall take and subscribe to an oath which is then deposited with the Attorney General.

The board shall have the power to summon witnesses and administer an oath to any witness and any person concerned in the inquiry. It also has the power to require them to give evidence and produce documents which are under their possession or custody. The board may even fine up to €1,164.69 any person who is summoned but refuses or fails to attend without sufficient cause.

Daphne Assassination: PN does not want to wait till October to vote for an inquiry

‘Unprecedented that the CoE looks into an EU member state’ – Omtzigt