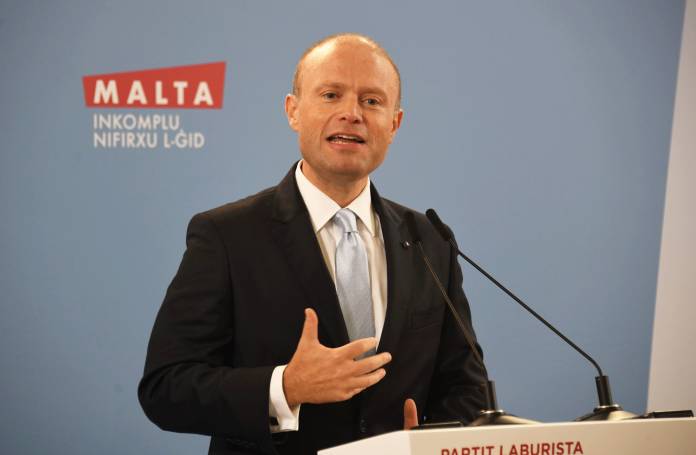 Prime Minister Joseph Muscat reassured the public that the financial benefits they are receiving will continue for years to come.

Speaking during a political activity organised at the Labour club in Marsaslokk, Muscat stressed that, ‘what has been given to you today can be given again in the coming years.’

Dr Muscat went on to outline the various measures which had been introduced in the Budget on Monday, while questioning the criticism which the Nationalist Party had levelled against the announcements.

His responded by saying that the Budget had shown that for a third consecutive year, taxes had not been increased.

The Prime Minister also discussed other aspects of the Budget focused on incentivising work through the lower rate of tax on overtime and interest-free loans for first-time buyers buying properties less than €175,000.

Dr Muscat also mentioned the government’s ‘gift’ of €300 which would be given to parents of new-borns or those adopting children.

Watch: ‘We will be the change we want to see in society’ – Orsetta Spinola