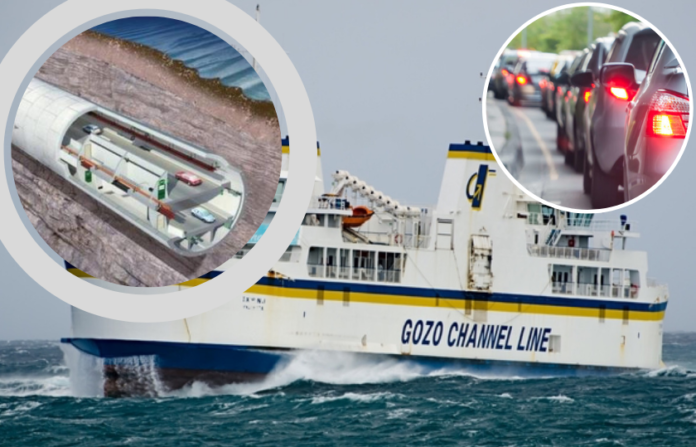 Newsbook.com.mt acquired a copy of the social impact assessment report through a freedom of information request. The sample of people who have participated in the study were non-randomly chosen and the data was collected during the period December 2016 and February 2017. The study found that the majority of Gozitans interviewed were in favour of the permanent link between the two islands

Among those interviewed, one finds Gozitans, Gozitan students residing in Malta, and Gozitan businessmen in a non-random sample.

What did the people have to say?

My son would like to read for medicine or pharmacy, however it’s impossible for him to commute daily using the ferry, the family would separate, and I would see him less – Gozitan resident

Once a Gozitan finds employment, they would buy a place in Malta after realizing how much time is wasted on commuting. – Gozitan resident

We’ve got relatives in Malta who we miss. Time is precious but we waste a lot of time waiting for the ferry. I feel that am being disrespectful in their regards, but there is not much that I can do. – Gozitan resident

Gozo is a closed community, same people, and those who work within the community can’t do everything, we need youth that come over and work here and bring with them new ideas – Gozitan resident

If you want to succeed in life, you need to live in Malta. How many times will you commute back and forth from Gozo using the ferry? It’s impossible to have a good and stable employment in Malta and use the ferry. If you could drive, you would quickly arrive. No wind, rain or queue would stop you – Gozitan resident