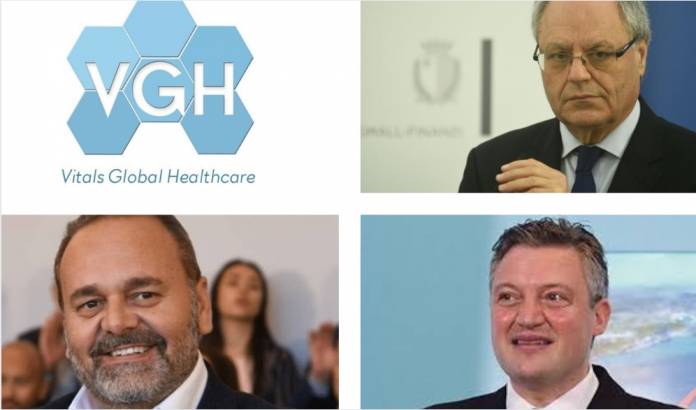 Edward Scicluna, Minister of Finance, Chris Cardona, Minister for the Economy and Tourism Minister Konrad Mizzi are appealing against the decree of Magistrate Doreen Clarke which paved the way for a criminal inquiry.

“What corruption? What fraud?”, said the Ministers in their urgent call for appeal.

The NGO Repubblika has requested the Court to initiate a criminal inquiry to investigate whether any of the three ministers were involved in any criminal complicity in the mega-deal between the Government of Malta and Vitals Global Healthcare. In the opinion of Magistrate Doreen Clarke there was enough new evidence in the case to uphold the request by Repubblika.

The three ministers argued that there is neither any corruption or any fraud in the deal and that the NGO was going to keep on pressing different Courts till someone acceded to their appeal. They also said that the request Repubblika filed was identical to the one filed previously and which was refused by  Mr Justice Giovanni Grixti on October 3.

The ministers said that Repubblika’s intention was to persist in filing identical appeals until a favourable outcome was attained.  That added the application by Repubblika’s contained “mere speculation” based on news articles, journalist opinions, blogs and empty conjectures.

Covid-19 claims a life every 15 seconds