Explaining his impressions of communicating with youth ambassadors during the Peace Boat tour, Eparama Qerewaqa said that the first thing that struck him was the similarities and differences over their experiences facing climate change.

Speaking to Newsbook.com.mt during Peace Boat’s day in Malta, he said that through their discussions, he felt there was a strong connection building between the group.

Eparama is Fijian and was invited to join the Japanese NGO’s world tour as an ambassador on its Youth climate programme. The team from Peace Boat had visited the project he was participating in last year, called the Alliance for Future Generations Fiji.

AFGF is a youth network, working with young people to fulfil the Sustainable Development Goals. Eparama says it aims to empower and facilitate youths to build sustainable communities, through participating in workshops and getting their voices heard among the big decision makers and policy makers. 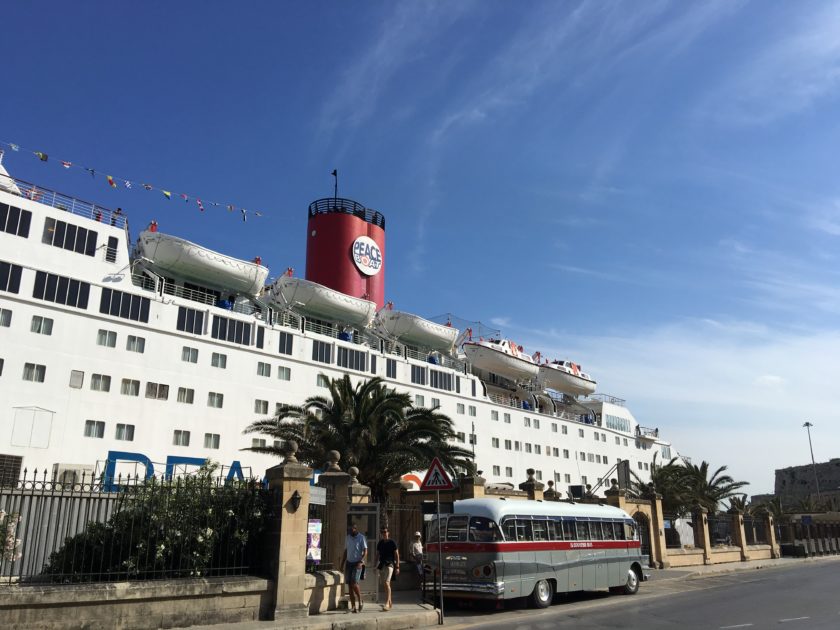 Joining Peace Boat’s cruise, Eparama explains that he is here to ‘share the message from his country and fight for change and for sustainable communities.’

The young Fijian is just one of several youth ambassadors that is sharing their experiences about the impact of climate change on their country and their work to meet the UN’s Sustainable Development Goals.

The International Director for Peace Boat previously told Newsbook.com.mt that this was the 101st cruise and like previous years, it hopes to facilitate an intercultural exchange and understanding between people on issues from disarmament to sustainability and of course climate change.

Eparama told Newsbook.com.mt that Fiji is on the ‘frontline of climate change.’

He explains that in the past decade, the weather and the seasons have dramatically changed, placing real pressure on food security.

However, what is a clear and present danger are the threats from extreme weather like cyclones and flooding which have devastated the islands, destroying homes and forcing people to leave and relocate to the hills.

Of most significance is Cyclone Winston which hit the islands in 2016.  The tropical cyclone is reported to have been the strongest and most devastating weather system to hit the Southern Hemisphere.  Over the course of the month of February, the cyclone grew in size and intensity, reaching Category 5 on the Australian tropical cyclone and Saffir–Simpson hurricane wind scales. On Vanua Balavu, the wind speed was recorded as 306kmh, 190 mph.

The cyclone is understood to have killed 44 people, 40,000 homes were destroyed or damaged and impacting 40% of the Fijian population (approx 350,000 people). The total damage is believed to have amounted to FJ$2.98 billion (US$1.4 billion).

Archbishop warns “Our Island is Disappearing’