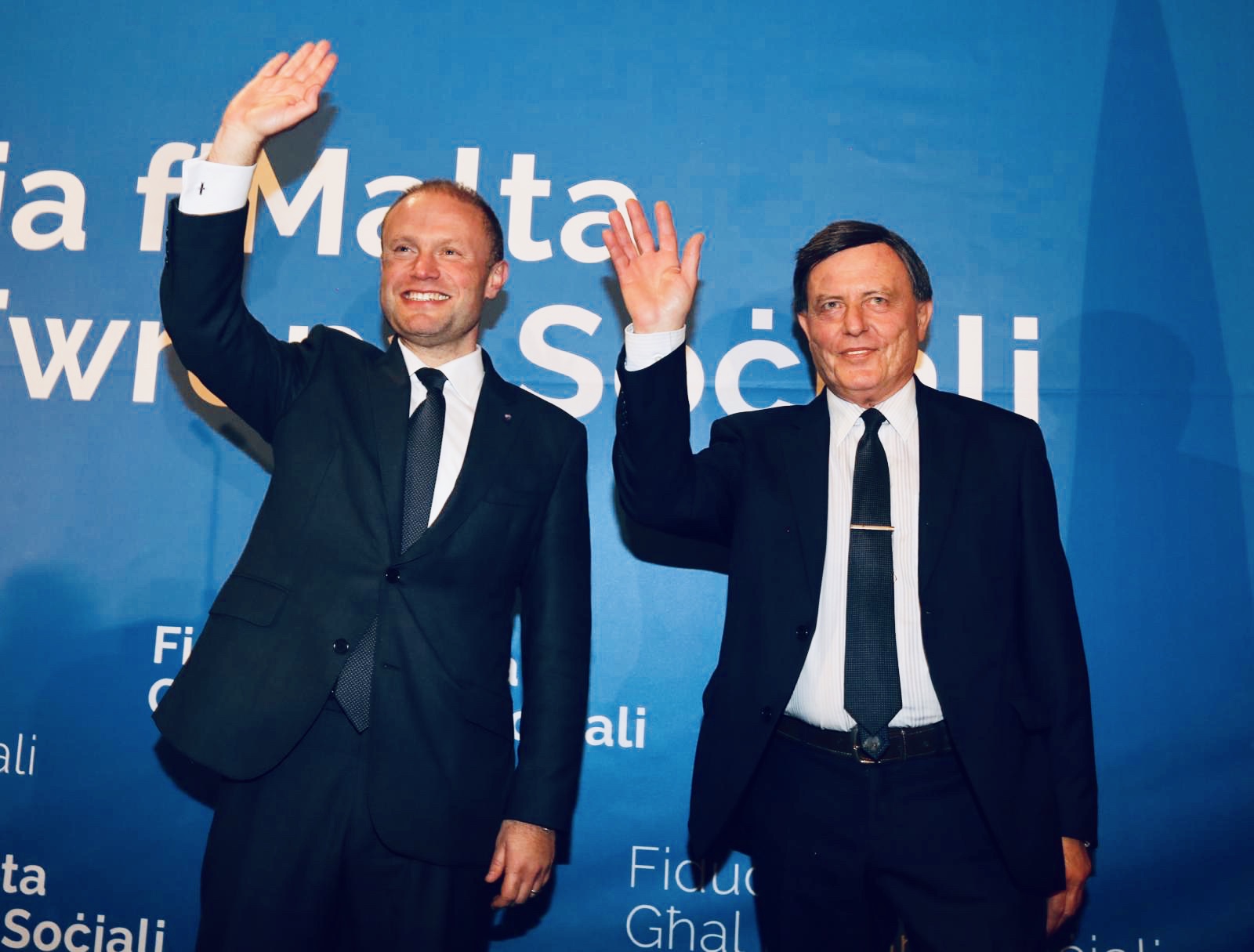 Former Prime Minister Alfred Sant and current candidate for the European Parliament elections said Labour candidates, if elected, will work towards the creation of a social Europe that shows solidarity with the vulnerable.

Sant said that he will continue striving so that all should have equal opportunities to live a comfortable lifestyle. All should have access to a good health and educational system and young people should be able to work in the region where they live. Old people should have adequate pensions, said Sant while the minimum wage in different European countries should increase.

He said that such measures are promised in the election manifesto of the European Socialist Party.

We can be a success – Miriam Dalli

MEP Miriam Dalli said that the smallness of Malta’s size does not worry her in the least.

“We made a success of our country and we are being successful in different European fora. We work for success independently of who is in government.”

Dalli criticised the Nationalist saying that those who don’t believe in Malta’s potential because they are not in government have an inferiority complex and are trying to harm Malta.

Dalli said that Malta’s membership in the European Union should serve as an advantage, and should not be used to criticise and ruin Malta’s name. Dalli said that certain PN MEPs have tried to cause Malta harm by using European institutions. Dalli concluded by saying that she believes success is a result of determination, and therefore Malta will continue to succeed regardless of its size.

The Labour Candidate for the upcoming European Parliamentary Elections Josianne Cutajar said that the Prime Minister’s speech during the mass meeting held on Workers’ Day was visionary. It shows that there are plans both for the country and for the people, she added.

Expenditure towards the social sector – Decelis

Parliamentary Secretary for Persons with Disabilities Anthony Agius Decelis said that the social sector is at this government’s core. This is proven by the record budget set for the social sector, which is 50% higher than in previous years.

The government will be investing €110 million to build 1180 apartments for the social sector, said Decelis, describing this as  the largest proposed project in the sector in the past 40 years.

LIVE: Prime Minister due to take part in political activity in Żebbuġ Square