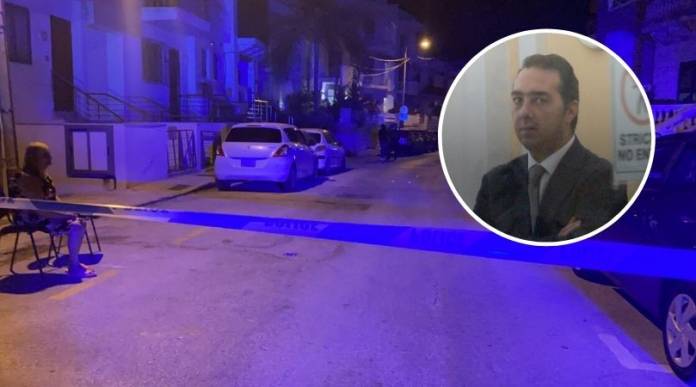 Repubblika has appealed once again to Prime Minister Robert Abela to appoint a joint team between Europol and the Malta Police to investigate the assassination of Daphne Caruana Galizia and the corruption that is connected to it.

In a statement issued on Wednesday the anti-corruption NGO said that Maltese Authorities have done nothing to stop ‘the mafia’ that has taken over our country’ and that they as an NGO will not permit for ‘this mafia’ to control justice.

The NGO addressed its appeal to the Attorney General aswell.

Repubblika’s statement was issued a few hours after Melvin Theuma had been hospitalised after being found injured in his Swieqi home on Tuesday night.

Theuma had been granted a presidential pardon to turn state’s evidence last December. He admitted to being a middleman in the assassination of Daphne Caruana Galizia.

The police reported that Theuma he sustained stab wounds which appeared to be self-inflicted.

Repubblika continued to mention the murders of Nardu Debono, Wilfred Cardona, Lino Cauchi, the suspicious death of Gianno Psaila and the assassination of Daphne Caruana Galizia.

The NGO stated that murders have to stop and they are determined to seek justice. They will not stop until the whole truth comes out, said Repubblika.

Melvin Theuma incident raises many questions in need of answering

In a second statement released by the NGO on Wednesday, Repubblika said that Theuma’s alleged suicide attempt raised many questions which required many quick answers.

It said that the incident showed interesting timing, as it happened just after a Court ordered the terms of Theuma’s presidential pardon to be revealed. It also happened on the eve of a sitting in which Theuma was set to be cross-examined about a recording that he had never mentione, where it was suggested that former police chief Lawrence Cutajar may have taken a €30,000 bribe to push for a pardon.

“So who was to gain most from Melvyn Theuma’s suicide? Did he decide to commit suicide, or could there also be the possibility that he was pressured to do it,” Repubblika asked.

Theuma was only discovered after his lawyer expressed concern about his failure to reply to his calls, leading Repubblika to question whether she was the only person available to provide moral and psychological support to a state witness. The NGO noted that in court, Theuma recently said that his life had finished with the death of Daphne Caruana Galizia, amid other statements which indicated some form of psychological stress.

In light of yesterday’s incident Repubblika questioned the security arrangements provided to others involved in the case, including judges, lawyers, police and witnesses. It argued that they should be entitled to the sort of escort provided to key people in anti-mafia trials elsewhere.

It also questioned who would be looking into the incident, stating that while the police’s press conference was informative, it would take more to overcome scepticism over the force’s conduct in this case.

“Our Malta Police is certainly conscious of the fact that it has a grim record in cases like these, having failed so miserably in the past to keep key people alive,” the NGO said.

It also insisted on its demand for a joint investigative team, in spite of Gafà’s explanation that it was not warranted, and added that there could be collaboration with individual countries: such as from Italian expert anti-mafia investigators.

But after asking all its questions, it questioned who would be in a position to answer them.

“Let us not forget that prime figures suspected of involvement in corrupt affairs, such as Keith Schembri and our disgraced Prime Minister, Joseph Muscat, have never undergone any proper inquiry and roam free to this very day. The fight for truth to come out and justice to be delivered must continue,” Repubblika concluded.