Minister for Infrastructure Ian Borg has stated that “we want to see more and more projects embellishing existing open spaces, so that every child in the country has alternatives to play in an open space”.

Minister Borg was visited an ongoing project in the Għar Lapsi area in Siġġiewi where the existing open space is being embellished with an investment of over €210,000. The project is being carried out through collaboration between the Works and Infrastructure Department falling within the remit of the Ministry and the Siġġiewi Local Council.

He described this project as being part of his vision, a vision which includes more and more open spaces for our communities, such as the Malta National Park, “a vision that looks at the continuous improvement of quality of life.”

2018 saw €2 million worth of infrastructure investments 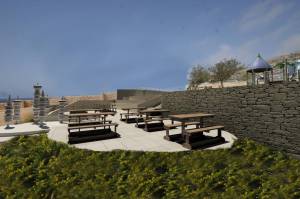 The Minister wishes that families, youths and the elderly can spend their free time in these spaces, regardless of which locality they live in; and that he looks forward to more projects in the heart of our community.

From his end, Locality Mayor Kurstein Sant said, “This project will greatly benefit the Siġġiewi community and all those who live in this zone; and that people will now have a more modern and better equipped open space where they can spend their free time.”

11 things you should not be recycling

Jesmond Saliba   January 22, 2020
Since September, hundreds of wildfires in Australia have killed 29 people as well as an estimated 1 billion native animals, while incinerating 2,500 homes and a total area of bushland larger than the size of Austria.

New deacon to be ordained by the Archbishop