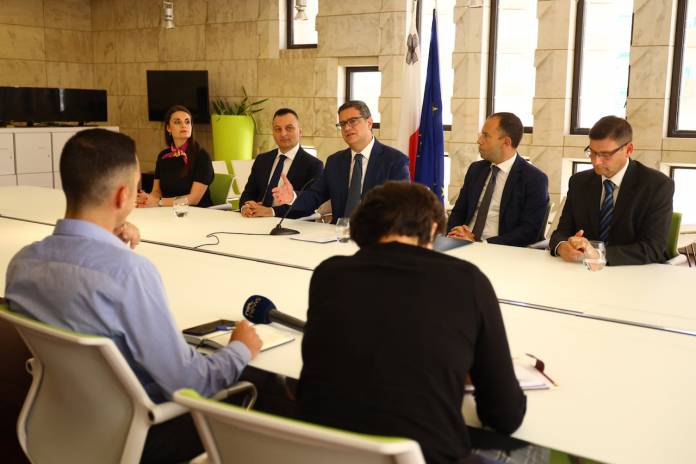 Partit Nazzjonalista said that the government needs to look beyond the GDP statistics and think in terms of social wellbeing rather than simply in economic terms.

In a press conference on Thursday, the party focused on its Pre-Budget Proposals on the social sectors.

Partit Nazzjonalista leader Adrian Delia said one needs to ask whether our society is truly inclusive, especially of the most vulnerable. Delia said that since Independence every government has worked towards improving Malta’s economic standing without sacrificing the country’s social conscience.

In its twelve proposals, Partit Nazzjonalista called for the establishment of a set of baseline social rights aimed at improving the quality of life of the most vulnerable members of society with adequate old age income and pensions to be included as a baseline social right.

Another budget proposal calls on the state to devise a system of social transfers built around the individual needs of the beneficiary, moving away from one size fits all systems.

Partit Nazzjonalista called for a framework for fair wages and conditions that respect human dignity and that allows for a decent quality of life.

The Opposition called on the government to reverse the creation of in-work poverty and hard-core precarious employment.

Partit Nazzjonalista also called on placing children’s rights at the core of social protection, with a strong drive for ‘no child left behind’, as well as establishing the rights of the unborn child affording it maximum protection possible.

Reuters   February 24, 2020
More than 200 people have come down with the virus since Friday, latest data showed, the vast majority of them in the wealthy northern regions of Lombardy and Veneto.

Reuters   February 24, 2020
The camels left Tripoli's port shortly after midnight on Wednesday, and were herded along a highway leading west to the city of Zawiya, some 45 km (30 miles) away, where they arrived on Thursday morning, according to a local merchant.

Nicole Borg   February 25, 2020
Foreign Affairs Minister Evarist Bartolo said that justice needs to and will be served with regards to the assassination of journalist Daphne Caruana Galizia.