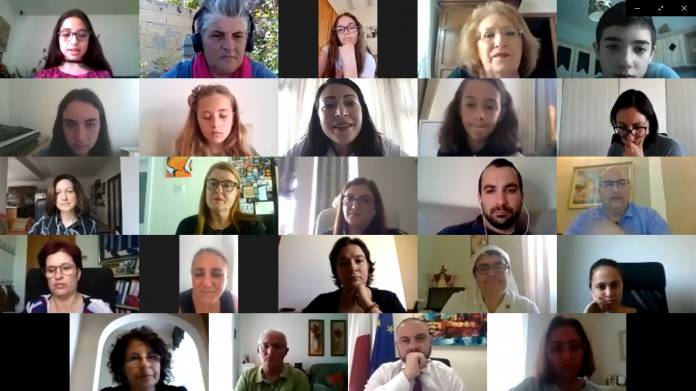 The premature closure of schools as part of the COVID-19 precautionary measures was leading to loneliness and a lack of structure, schoolchildren told Education Minister Owen Bonnici.

MaltaCAN, a network of organisations that works with and for children, held a virtual meeting with Dr Bonnici where children highlighted the challenges they faced as a consequence of the pandemic, and made suggestions on how to address the concerns stressing them during this uncertain time.

MaltaCAN chair Steph Dalli said: “The main focus of our meeting was the educational divide, the sudden lack of structure and organisation they faced and the uncertainty this situation brought about with it, which allowed certain feelings to emerge such as loneliness where children spoke about the way they were missing their friends.”

MaltaCAN, which is composed of 14 children’s organisations advocating child-friendly policies, works hand in hand with the Malta Foundation for the Wellbeing of Society, chaired by former President Marie-Louise Coleiro Preca.

Dr Dalli added: “Not all children are being given the same type of explanation and help required throughout their educational experience. There are also a lot of unknown factors, especially among teenagers who told us they were very stressed about the fact that their syllabus will not be finalised by the time they sit for their Matsec exams.”

The children, who took part in the meeting, said teachers should have a time limit imposed when it came to sending work to students since they felt that receiving assignments late at night was not acceptable.

They also proposed the creation of an app for children allowing them to communicate with their school friends, since right now they felt lost and had no idea what their classmates were up to.

Coleiro Preca, who was in the meeting, also urged Dr Bonnici to continue strengthening children’s voices, particularly during this trying period.

Dr Bonnici responded to the concerns by highlighting the work undertaken by the government in this area and reassured MaltaCAN it would be forwarding its recommendations to the body entrusted with monitoring and reviewing the education’s online system during this crisis.

Photos: United Nations Convention on the Rights of the Child 30th anniversary