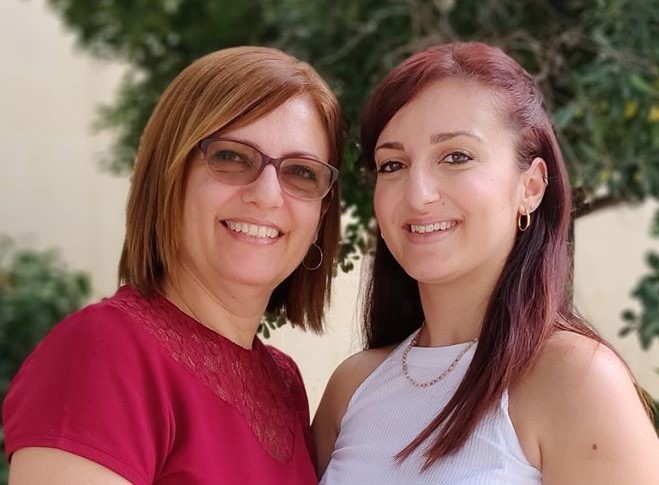 “We failed her… We killed her,” wrote the niece of the 54-year-old victim who died when ongoing construction works caused the collapse of the victim’s family home. Miriam Pace’s body was found after an eight hour rescue and operation search in the debris following the collapse.

“When the digging noise starts again…and it’s the last thing you want to hear! Just protect your loved ones. We failed her…we killed her,” the victim’s niece wrote on Facebook.

On Monday a residence home collapsed due to excavation works going on in a nearby site. The victim, Miriam Pace who was inside her home at the time, was trapped under the rubble. A team from the Civil Protection Department and the Police worked to retrieve the body. Sniffer dogs were used to help localise the victim. Nearby residents had to be evacuated.

Four people have been arrested in connection to the case. The police, in a statement, said that two workers, the architect and the site technical officer were being questioned by the Hamrun Police officers.

The road was still closed to traffic on Tuesday morning. 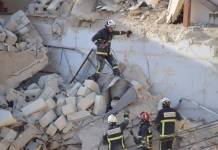 Many show solidarity on social media

Many people have taken to Facebook to express their sympathy and show solidarity to the widower, Carmel Pace and their two children.

Others have voiced their anger at the tragedy.

Building collapses in Ħamrun; search for woman will take hours 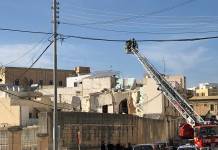 The project was given a planning permit on 31 January, which was also accompanied by clearance from the Building Regulations Office to start excavation works.

The development is the responsibility of MCZMC Developers Ltd run by Malcolm Mallia.