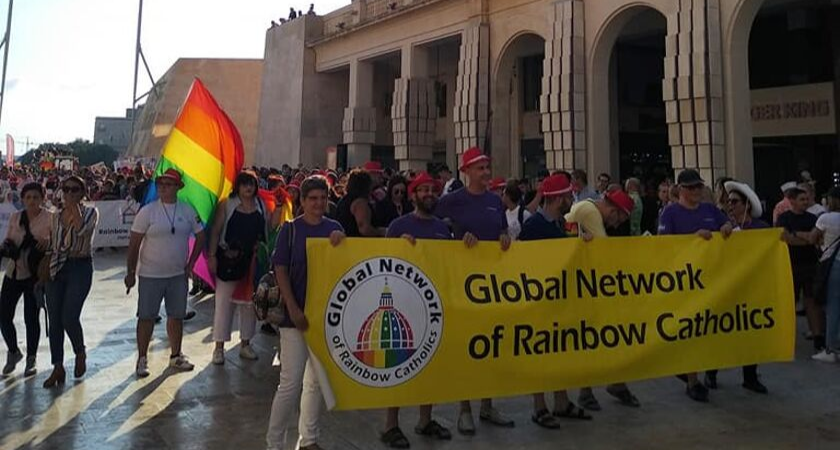 Drachma stated that gay ‘Pride’ has become an annual event in various countries and places around the world. Such marches constituted an attempt by the LGBTIQ+ community to have itself counted and respected. The organisation stated that the cry then as now was quite simple, “We exist, we are humans, and we deserve dignity.”

We are celebrating fifteen years from Malta’s first gay pride and the fiftieth anniversary from the Stonewall Riots that was one of the seminal moments in the history of the LGBTIQ+ movement in the world, stated Drachma.

The integration of faith and Pride

The organisation explained that although many may think that faith has had very little to do with the LGBTIQ+ liberation movement around the world, it is not actually true. Even before the Stonewall Riots, in America, the first Catholic and Christian LGBTIQ+ groups started working for integration of faith and sexuality and striving for social justice.

Today, Drachma also belongs to the European Forum of Christian LGBTIQ+ Groups established in the mid-1970s, and the Global Network of Rainbow Catholics (GNRC), established a few years ago as a coalition of 40 groups with thousands of Catholic LGBTIQ+ members from around the world. For another term, Drachma’s representative is co-chair of GNRC and they march with the GNRC banner for a second year.

Read: Pope Francis says “homosexual tendencies are not a sin”

“We wish other Catholics to join us”

Drachma stated that it wishes other Catholics would join them in this march since they are proud of their faith, proud of their Church and “proud of who God made us.”

Drachma has also played an important role in the local campaign for LGBTIQ+ rights. It is the second oldest LGBTIQ+ group in Malta and has played a very active role in the Consultative Council as Malta enacted legislation that gave LGBTIQ+ people rights and equality.

We need to express this hope, especially for those who cannot be with us today to celebrate our dignity and our humanity, the group concluded, and we need to remind ourselves that more still needs to be done for everyone to feel “safe, loved and proud”.