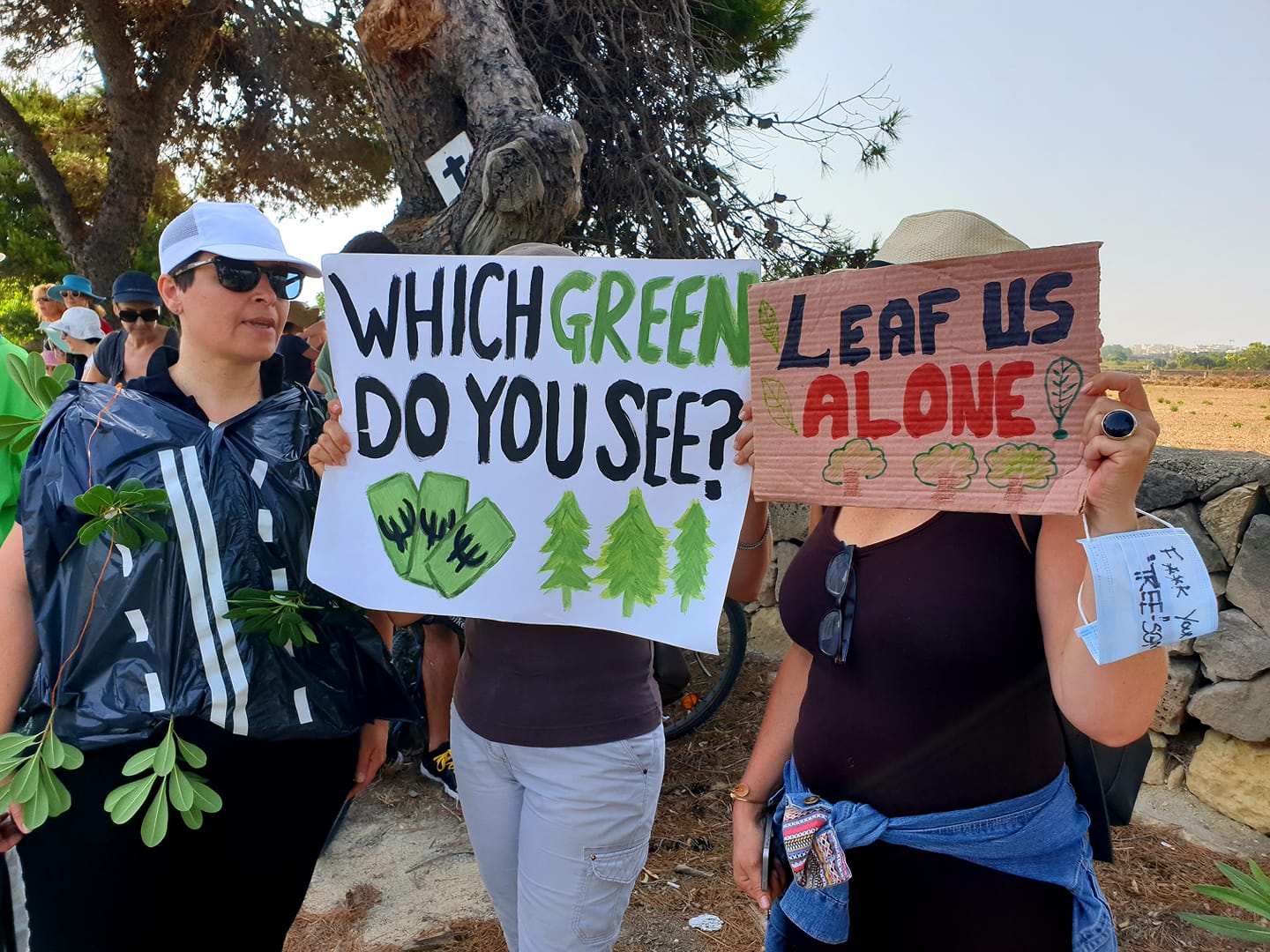 Some 60 non-governmental organisations and informal groups have joined forces to participate in the protest which is being organised by Moviment Graffitti. The protest will be held on Saturday 7th September and is scheduled to start at 10am from outside the law courts.

In a press conference on Saturday, the groups outlined the six demands they are making during “Enough is Enough: We’re Off to Valletta”.

In a statement sent by Moviment Graffitti, the non-governmental organisations said that they are demanding a radical change in these planning policies, “so that these can truly respect the interests of the majority, including future generations”. The group cited a number of policies including those allowing the construction of villas, fuel stations, and hotels on areas outside the development zone.

Taking aim at the authorities responsible for the environment and planning, the NGOs added that they are demanding a change in the way these boards are composed, mentioning the Planning Authority board and other boards that fall under the Planning Authority’s remit. Further they mention the Environment and Resource Authority board, and the Building Regulations Office, saying that the latter turned into a sub-office of the Malta Developers Association.

Another demand which is being made by the organisers, is a moratorium on large-scale projects until a comprehensive and serious plan for development is introduced. Moviment Graffitti added that “this plan should ensure that these types of projects respect the community and are sustainable”.

The group also urged the government to reconsider its decision on road widening projects saying that the forging ahead with such projects will result in the inevitable loss of arable land and uprooting of trees. Moviment Graffitti urged the government to come up with a strategy that addresses traffic and pollution, and which should include a plan to invest in alternative means of transport.