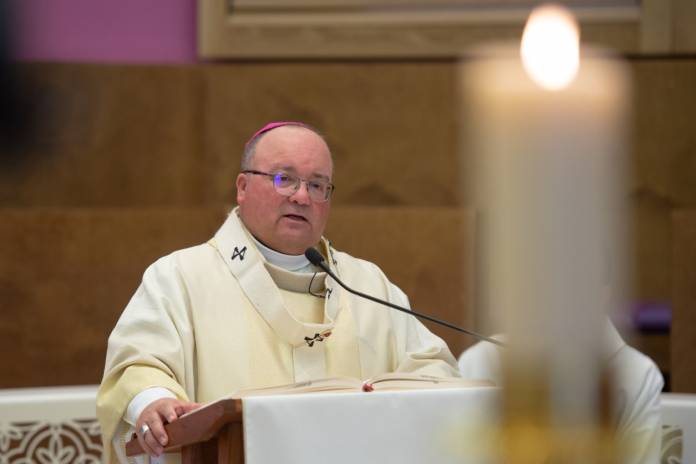 Archbishop Charles J. Scicluna said that Jesus is the guarantee of our security and as the good shepherd he will protect his flocks from attacks.

The Archbishop said that the Lord insists with the shepherd to defend his flock from anyone who may come to steal, kill and destroy.

“Unfortunately, today it’s our duty to ask for forgiveness for the times when leaders in church, the gatekeepers who should have protected the flock, acted thieves to steal, kill and destroy,” he explained.

The Archbishop prayed for the vocations and invited young people to reflect on what is important in life when confronted with things that glitter.

“The Lord has chosen some amongst you, dear young people, to choose priesthood because He wants people to defend his flock because the flocks are not ours but God’s,” he said.

The Archbishop acknowledged the ageing priests’ current difficult situation since they cannot get out of their homes to fulfil their call to be the people’s servants.