A rap song was written and recorded in only four days during a project held in Germany in April between youngsters from Malta, Germany and France.

YMCA’s Youth Empowerment Programme gave the opportunity to six young people from Malta to participate in a youth exchange held in Bochum, Germany. 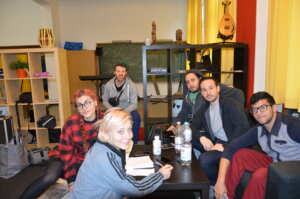 The youngsters met with two other groups from France and Germany where, among the many non-formal educational activities, they were given the space and tools to share their views and concerns on current issues they face as young people in their respective countries.

One of the outcomes was a rap song, aptly named ‘Isma / Listen’, written by the youngsters and recorded with the technical assistance of a professional.

What about…? YMCA’s new initiative for teenagers

Yoga Sunset Session in aid of the YMCA