The 13th edition of World Tai Chi Day in Malta will be held in Freedom Square, Valletta on Saturday 27 April from 10.00 am to 12.00 pm. This Open Day will feature Tai Chi demonstrations by visiting experts Master YE Xuan and Ms YE Feng.

Since its establishment in 2003, the China Cultural Centre in Malta (CCC) has been dedicated to promoting understanding and appreciation of Chinese culture and the arts, by means of cultural, educational and social activities which encourage mutually beneficial cross-cultural communication and cultural exchanges.

Tai Chi serves as a shared and unifying language in the discourse of health and well-being, as well as friendship and harmonious relations between China and Malta.

What is Tai Chi? 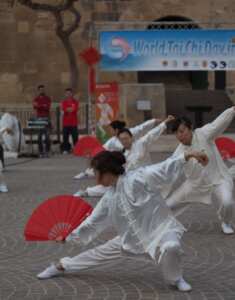 Though originally conceived as a form of martial arts, Tai Chi is also widely practised for a variety of other reasons: competitive wrestling in the format of push-hands exercises (tui shou); solo demonstration competitions, as well as attaining longevity.

Since its first extensive promotion in the early 20th century, interest in Tai Chi has surged globally, attracting people with little or no interest in combat training, due to its multiple health enhancing and preserving benefits. Medical studies on Tai Chi support claims on its effectiveness as an alternative and holistic exercise, as well as a form of martial arts therapy. Moreover, reports indicate that focusing the mind solely on the movements of the form helps to bring about a state of mental calm and clarity.

Today, Tai Chi has spread worldwide, and its marvels did not fail to become increasingly popular locally, not only with individuals who pursue it as an ideal complement to combat martial arts but and many more who value Tai Chi as an effective way to relieve stress, condition the mind and strengthen the body. 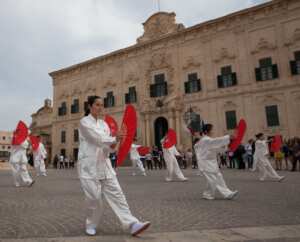 To support public awareness and engagement with Tai Chi, the China Cultural Centre in Malta has co-organised World Tai Chi Day in Malta for the past 13 years, collaborating with the Chinese Embassy and Valletta Local Council, while inviting participation and receiving extensive support from the Parliamentary Secretariat for Sport,  Ministry for Education and Employment, Sport Malta, the Maltese Olympic Committee, Malta Yang Family Tai Chi Chuan, the Malta Martial Arts Association, Malta Wushu Association, Mediterranean Regional Centre for Traditional Chinese Medicine,  the Confucius Institute of the University of Malta and  the Chinese Community Association in Malta, as well as other local Tai Chi clubs and martial arts schools.

Short video competition can land you a trip to China