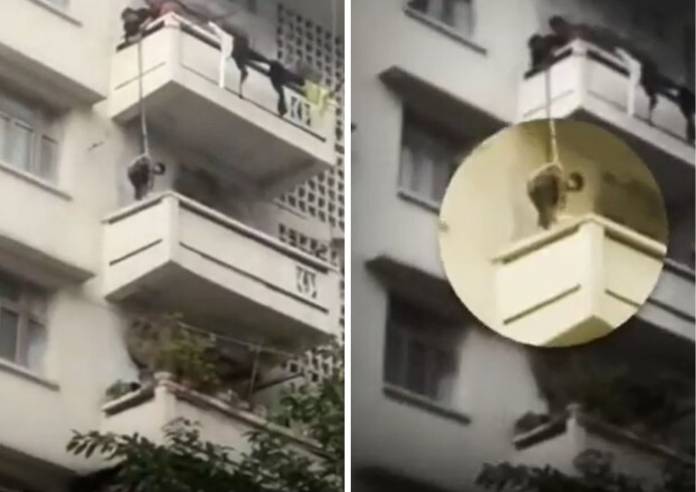 A woman in the Sichuan city of Nanchong in China tied a rope to her seven-year-old grandson before lowering him down from her fifth-floor balcony to a ledge below where her cat was stuck.

The boy managed to grab the cat and stuffed in a bag before being pulled back up by his grandmother, helped by his uncle. Worried onlookers shouted at her to stop, but she ignored them.

The woman was apparently given a talking-to by the Police after the incident. She was also criticised on social media. She later expressed regret at her actions, saying that she knew what she did was wrong and would never do it again.