Partit Laburista leader Robert Abela reiterated that national health has been “prioritized” when the government declared that Malta’s ports were unsafe and that the country could not guarantee rescue of boats carrying asylum seekers.

Abela was speaking during an interview on the party radio station where he spoke about migration and the need to abide by the instructions given by the health authorities.

Speaking about asylum seekers and refugees on unseaworthy vessels at sea, Abela said that the government had already stopped unnecessary travel between Malta and Gozo. He added that even the airport was closed and that Maltese could not come and go as they pleased.

He reiterated that the government’s decision not to ensure rescue was due to scarce resources and that the country could not afford to have the military sent off to rescue individuals at sea.

Over 250 people on four different boats remain adrift at sea, with two boats currently drifting in the Maltese search and rescue region. Migrant NGO Alarm Phone said that it had lost contact with one of the boats in the Maltese SAR. On Saturday, a mother who is currently at sea with another 46 individuals including her child has begged the authorities to at least save her child from drowning. Italy closed off its ports earlier while Libya has also declared that those who leave the country by sea will not be able to return back. It is unclear what the fate of those at sea would be. 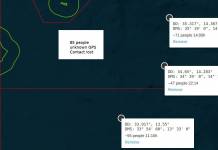 Non-governmental organisations have lambasted the decision reminding the government that Malta has international obligations and has to uphold human rights even during a pandemic. 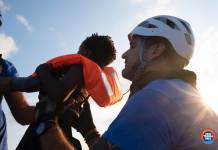 The Labour leader said that the decision to close of the Maltese ports were part of the measures in the fight against the coronavirus, dubbing the pandemic as a war with an invisible enemy and that all resources were needed to be utilised in this war.

Abela condemned hate speech adding that the decision was not taken on racial grounds. “I disapprove of words which might give rise to hate speech,” he said adding that the government does not distinguish on the basis of skin colour.

The Chief Executive Officer of the Foundation of Social Welfare Services (FSWS) Alfred Grixti in a Facebook comment posted to the profile of Labour Party Candidate Steve Borg said that migrant rescue boats should be “sunk” and left to their own devices. “The NGO vessels are operating illegally in Maltese waters… first impound them, then scuttle them!” Rule of law NGO Repubblika subsequently wrote to the head of the Hate Crime and Speech Unit about the posts. 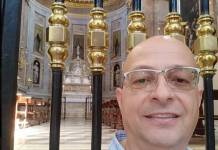 Abela urged the public to remain home even though it was a bright sunny day and a public holiday. He explained that one cannot undermine the sacrifices taken so far by thinking it was okay to venture outside. Abela said that while it was a day for celebration it was also a day for sacrifice.

He also spoke about how this situation has allowed the nation to rediscover certain values and prioritize them over others.