Leanne Bartolo is a powerhouse as far as the local fitness scene is concerned.

A psychology graduate and school teacher by profession, Bartolo is a qualified trainer who runs her own fitness studio, has climbed Mount Kilimanjaro… and is also the current World Fitness Federation (WFF) European Bikini Champion.

Bartolo’s WFF victory earned her the title of ‘Queen of Europe’ and automatically elevated her to compete in the ‘pros’ section on the same night, where she placed second. It was another accolade after placing third at the World Bikini Competition award in November 2017.

A long way to go from the shy tomboy who used to race against all the boys at school… and win!

So how did all this come about? In an exclusive interview with Newsbook.com.mt, Bartolo explains that it all started by coincidence the year she turned 30.

“My 30th year brought about a lot of changes in my life. I wanted to do a fitness shoot and I went to my coach, Sue, for advice… she encouraged me to try out this competition. In the very beginning, I remember telling her: ‘Listen, no, I’m not the type, I can’t wear heels – forget it!’ She kept on encouraging me and told me no-one has to know – go for it and just do it for yourself,” she remembers.

Bartolo says that the response she has received has been overwhelmingly positive: “I receive so much positive feedback from clients, random people, members of the older generation…” 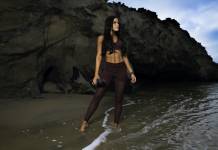 As regards healthy living, Bartolo says that the first step is the most important:

“I suggest just starting. We always wait for the right time to start something, whatever it is. There will never be the right time. Stop waiting for it.”

Don’t like what you see in the mirror? Let Leanne help