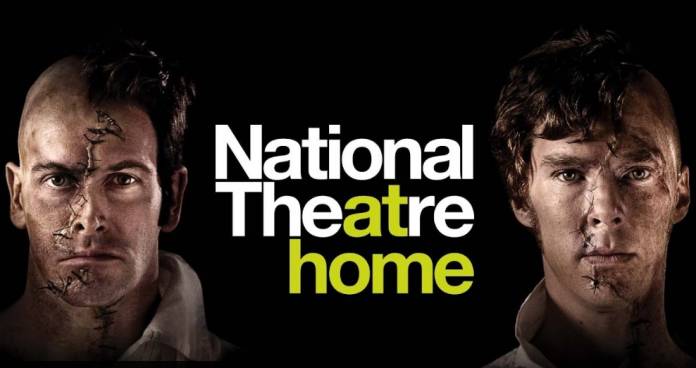 Theatre fans rejoice! From Thursday 30th April until Friday 8th May at 8.00 pm CET, you may watch the National Theatre’s monster hit production of Frankenstein with Jonny Lee Miller as the creature and Benedict Cumberbatch as Victor Frankenstein for free online.

The play has a unique ‘twist’, in that the two lead actors alternate the roles of Victor Frankenstein and the Creature depending on the day.

Childlike in his innocence but grotesque in form, Frankenstein’s bewildered creature is cast out into a hostile universe by his horror-struck maker. Meeting with cruelty wherever he goes, the increasingly desperate and vengeful Creature determines to track down his creator and strike a terrifying deal.

The 2011 production, which was directed by Danny Boyle (well known for directing films such as Trainspotting, Shallow Grave, Slumdog Millionaire and 127 Hours) will be available online on demand until Friday 8th May at 8.00 pm CET. It is subtitled and the running time is two hours. This filmed performance is recommended for ages 12 and up.

From plastic waste to a work of art

Faxex – the story of Lazarus and his family