The Minister for Environment Aaron Farrugia announced this during a visit to the Sant’ Antnin complex. He stated that the rudimentary line has been installed ahead of schedule.

The upgrade means that Malta will increase its recycling performance significantly. According to Farrugia, this process will result in good quality material, which can then be sold for re-use on the market. The materials that are recycled and separated in the grey bag, namely paper, plastic and metal, will pass through a line for sorting and separation. The recovered recyclables will then be baled, stored and eventually placed on the market for sale.

Wasteserv has recently also exported more than 6,500 tonnes of glass for recycling. There is also the project ECOHIVE, which is the largest investment ever announced in Malta. This includes a multi-material recovery facility that will allow Malta to move closer to its recycling target. 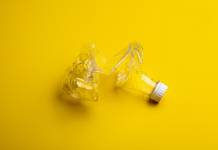 As part of this plan, Wasteserv will also be investing in new machinery, including high load bailers, and new storage facilities to obtain the best possible quality while maximising the reuse potential of the recycling material.

The Minister was accompanied by Wasteserv CEO Richard Bilocca, the General Secretary of the GWU Josef Bugeja and UHM Chief Executive Josef Vella, who joined the workers on the line sorting recyclables.