This edition of the ŻiguŻajg Festival is going online with events for all ages ranging from musical theatre, opera, DIY and non-verbal theatre.

On this edition of Take a Bow, Newsbook.com.mt speaks to Bettina Paris (Follow Fruit With Fig) and Stjanu Debono (Ninni Ninni) who are both premiering events meant for the younger ages.

There’s a party that needs attending! But Fig doesn’t know who or what is being celebrated or why? Join Fig on a multisensory adventure as she meets an excitable chef, counts and sorts fruits, and gets messy playing with paints and flour.

Filled with all things bright and tasty, Follow Fruit with Fig is an interactive performance that brings together the visual and performing arts, whilst placing the building blocks of communication at its centre. Follow Fruit with Fig is a performance that will transport you and your little ones to a world where food is at the heart of exploration and play.

We all know and love this timeless Christmas carol, but did you know that Ninni La Tibkix Iżjed is also a traditional Maltese lullaby? In fact, ninni is the Maltese word used by many parents to rock their babies and toddlers to sleep, and it is etymologically derived from the Italian verb ninnare – to lull a baby to sleep. Inspired by this, Ninni, Ninni is a multi-disciplinary project that amalgamates the world of jazz and animation, exploring how lullabies from around the world cater for the meaning of the phrase.

As his mother sings him into a slumber, Ninni the polar bear dreams of going on a journey in search of a new home where they can rest. Along the way, Ninni discovers several lullabies from around the world, interpreted by a jazz combo. The audience will experience renditions of these lullabies, while Ninni’s journey will be portrayed through the medium of animation. The musical and animated aspects of the project will flow from one to another; the animation will purposely be silent throughout most of its duration. As an immersive audience, you will be guided to find or create objects in your own homes, and create sounds throughout each animation when prompted.

Each ticket for the virtual festival costs €7 (per family), which gives you access to a viewing window to see that show. If you wish to learn more or purchase tickets for any Żigużajg events, you may click here.

The ŻiguŻajg Festival will take place up until the 29th November 2020.

This episode was made possible thanks to a grant by ŻiguŻajg 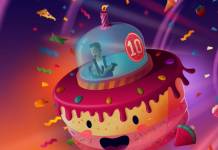 Watch: What goes on behind the scenes during a Newsbook shoot?

Watch: This radio panto asks you to ‘open your ears’

Watch: “Working women are as good as men but lack assertiveness”