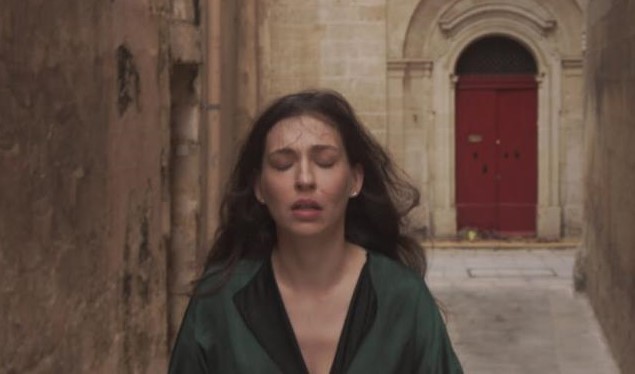 Stephanie Sant is an experienced artist and graduated from Central Saint Martins – University of the Arts London – UK, with an MA in Photography. She co-wrote ‘Camilla’ with Teodor Reljic and directed a cast made up of Steffi Thake (Laura), Peter Galea (Sheridan) and Irene Christ in the titular role of Camilla. Based on award winning author Clare Azzopardi’s short story ‘Camilla’ from ‘Kullħadd ħalla ismu warajh’, the adaptation was the winner of the Short Film Contest organised by the Malta National Book Council in 2018. Stephanie Sant’s adaptation turned the story into a dark gothic thriller set against Malta’s scorching summer heat.

Samuel Sultana is a well known Maltese-French artist with numerous exhibitions around Malta and his work forming part of numerous private collections worldwide. His first foray into filmmaking resulted in the short film ‘Raġel tal-Klieb’ based on the short story by the same name, by award winning author Oliver Friggieri. Established actor Philip Mizzi plays the titular role as the man descends deeper into his obsession, in a horrifying and dark short film that probes man’s descent into self-destruction. The short film was funded by the Malta Film Fund under the auspices of the Malta Film Commission and has been screened in Malta, Morocco and the UK among other countries.

Since 2010 Shadeena Entertainment has championed the production of innovative and challenging short films aimed at both a Maltese and international audience.

“What had attracted me in both Le Fanu’s Carmilla and Azzopardi’s Camilla was how the titular character’s independence triggered the community to shroud her in mystery to the point of demonising her and viewing her as a sort of ‘saħħara‘ (witch) or even worse, a ‘barranija‘ (outsider/foreigner). In the filmic adaptation I preferred to present her in a less village-gossipy, more intimate setting with the introduction of Laura, who is as much a victim as she is a protégé of Camilla. As I played with the eroticism, intimacy and tension that come with this inter-generational sisterhood, the effects were as seductive and stifling as a Maltese summer day,” says Stephanie Sant.

“Raġel tal- Klieb is a story that I had first encountered in a Maltese literature lesson in secondary school. The theme of obsession in the form of such energetic creatures as dogs that in the end literally consume the protagonist shocked me and stayed with me for a long time. It was the first text that came to mind when I was presented the opportunity to direct a filmic adaptation of a Maltese literary work. I was determined to articulate the chaos from the movements of the dogs that had lingered in my mind for all these years,” says Samuel Sultana.