BELIEVE live from Malta To all Malta’s fans, Andrea Bocelli invites you on December 31st at 9pm CET to tune on TVM (PBS Malta) for a special New Year’s Eve Concert.More Networks around the World to be announced soon!Malta Tourism Authority, Visit Malta

Still not sure how to spend New Year’s Eve?

A special concert by world-renowned tenor Andrea Bocelli which was filmed in Malta, will be broadcast on TVM on New Year’s Eve, as well as on other television stations and Bocelli’s YouTube channel at a later date. 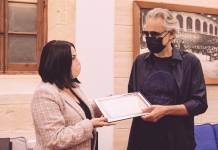 During the concert, Bocelli will be singing eight songs, which were filmed at St John’s Co-Cathedral and Fort St Elmo in Valletta.

The 50-minute production will be transmitted on TVM at 9.00pm. 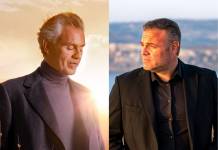 Photos: World welcomes 2020, but wildfires, protests, cast a pall over some celebrations

Environmentalist lambasts organisers on use of plastic confetti