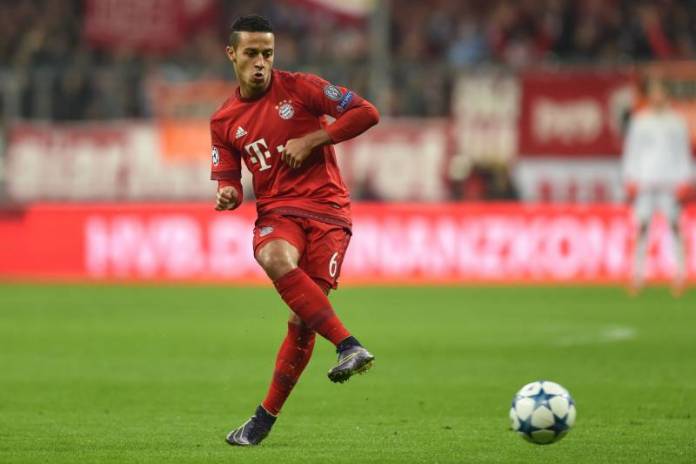 As FC Bayern Munich’s virtual training regime gets up and running in preparation for the eventual start of the Budesliga, Spanish international and FC Bayern Munich’s central midfielder Thiago Alcântara joins football stars Gary Neville, Ryan Giggs, Jamie Carraghar and Maltatogether.com to call on the Maltese public to stay at home during these very delicate times in an effort to control the spread of COVID-19.

In order to keep the players fit, FC Bayern Munich and the coaching staff led by Hansi Flick have come up with virtual training regime which according to Thiago Alcântara in an online interview with Malta Together’s founder Mark Weingard, said that training has now progressed into small group training sessions.

In his interview, Thiago says that getting back to the pitch and touching the ball is a great sigh of relief. He believes that the Bundesliga will get back on track, albeit in a different format, by the end of next month.

Thiago Alcantre also told Weingard that his foundation which focuses on children has now opened its door to help hospitals in Barcelona, Girona, Madrid, Vigo and other cities and regions in Spain. On the other hand, FC Bayern Munich is concentrating its efforts in Bavaria and the club, doing its best to retain as many people as possible in employment.

One-stop website for services and initiatives during lockdown launched