The founder and creative director of the Malta based UNGL studio said that during the course of that year (2017), thoughts about giving up had crossed her mind several times.

She explained that being self-employed in its own right is not gender specific but by its very nature, being self-employed and keeping your business going, is the biggest initial hurdle. There is the necessity to make connections with accountants and other key people that help you keep operating.

‘There were difficult months were the expenses were higher than the income.’

With the encouragement of her friends and family and some golden advice to, ‘Stay Committed,’ she kept pushing.

‘I kept on going no matter what’.

According to the latest Labour Force Survey for the first quarter of 2019, there was a significant increase in the number of women in self-employment.

The National Statistics Office found that between January and March of this year, there were over 7,000 (7,050) self-employed women working without employees. This was almost 2,000 more than the same quarter of 2018 (4,833). 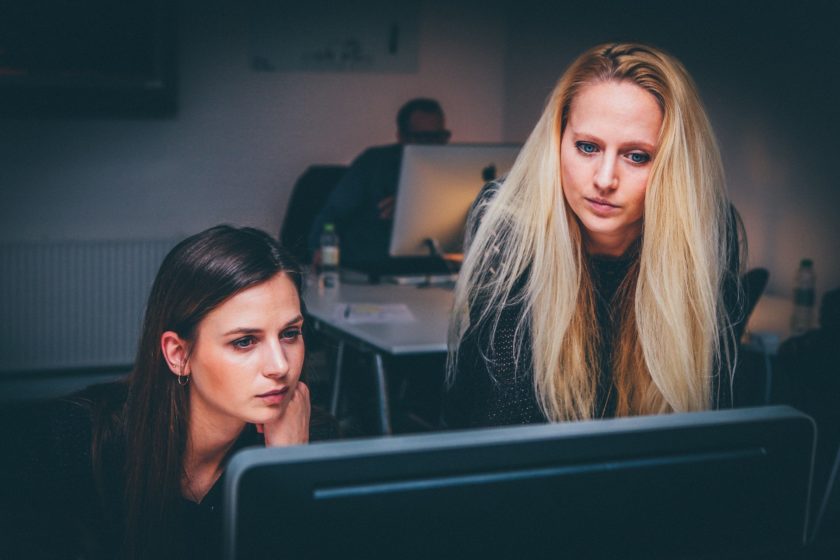 In contrast, there was a reduction in the number of men in the same professional capacity. According to the figures, this dropped from 18,360 in 2018 to 17,220 for Q1.

“We try to help each other out”

Azzopardi says she is not alone in her pursuit of being a one-woman business.

They discuss their challenges and difficulties and try to help each other out as best they can.

‘Strong women and people help each other out, they don’t drag each other down,’ she adds.

“It’s difficult to sustain yourself on just the local market”

From UNGL studio just off the Marsa roundabout, Azzopardi has spent almost two years single-handedly building a local and international base of clients from both the Maltese market, within Europe and as far as the United States.

She explains that her main services include everything from graphic design and website design to social media management, printing and packaging and consultancy services to help businesses grow their brand and their marketing journey.

‘It’s difficult to sustain your business from just local customers. International clients have bigger budgets for projects. They are more informed about how branding and marketing is crucial to their business and tend to invest more in these services’.

There is also a lot of competition in the local market, especially in graphic design. She added that it was therefore vital to build relationships with the clients.

‘A lot of my work has come by word of mouth. That’s a good sign’.

‘Studying graphic design doesn’t really teach you to be self-employed. It just prepares you to be a graphic designer.’ In the next part of this two part interview we’ll understand how important it is to learn through mistakes, the kinds of support out there, how you soak in the doses of reality and how Azzopardi overcame being a graphic designer in a largely male-orientated sector.

Watch: Malta wants to be among first EU states to enforce right to disconnect