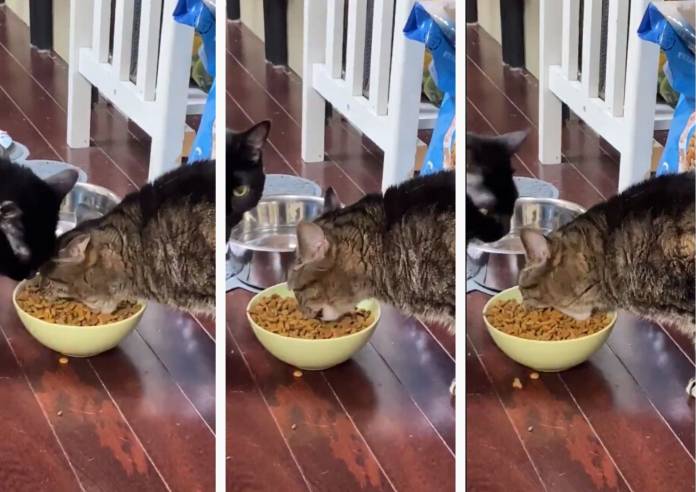 We all know that most cats live to eat, rather than the other way round. However, this cat (the grey one) has taken being a little piggy to another level.

Reminiscent of a bulldozer, the hungry cat opens his mouth wide enough to scoop as much of the dry food as he can… while the black cat looks on helplessly and then turns to the camera in apparent disgust.

Apparently, some cats do this when they’ve been homeless and are trying to protect their food from other cats. At least this particular cat is now safe and sound.

The video was shared on Twitter by the cats’ owner Luke (@tramL116) and has racked up almost 583 million likes and 186 million retweets so far.