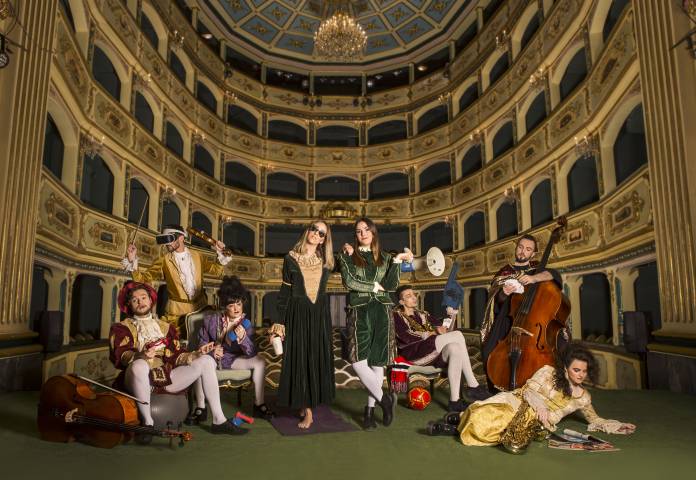 The New Victorians have just released a new music video for their latest single Second to None. This song will feature in their original music theatre experience Público, a work they have composed and directed, which will be performed at Teatru Manoel at the end of the month.

The video was produced and directed by V Squared Media and was filmed entirely within Teatru Manoel. It gives audiences a preview of the show while letting them into areas of the building that they may not have seen before.

“Our wish for this project is to bring contemporary Maltese electronic music, that can be enjoyed on the radio, to the theatre. To encourage our music fans to approach the theatre. To celebrate a historic gem like the Manoel in a modern way, that can be understood by all,” the duo said.

“The theatre’s original name was Teatru Publico, which is pretty ironic since it was built primarily for the Knights of the Order of St John, and the Maltese general public were not really the primary target audience from the get-go. That’s why for this production, we thought we’d give the building back to the ‘public’, and allow them to take centre stage, literally. We’ll be flipping the Manoel inside out, seating the audience on stage, and having the cast perform in and around the Manoel boxes and stalls.”

For this show, The New Victorians will be collaborating with Teatru Manoel Youth Theatre, as well as an international cast of six actor-musicians who play a variety of string, woodwind and brass instruments, to tell the story of the history of the theatre.

In collaboration with The Valletta Cultural Agency, Público is part of Teatru Manoel Toi Toi programme and will be running from the 27th to the 29th March 2020.

UPDATE: This performance has been cancelled, as have all the performances at Teatru Manoel until the 31st March 2020.

Watch: “We don’t believe in love at first sight!” – The New Victorians