Malta Union of Teachers president Marco Bonnici insisted that teachers were ready to shift to online learning if need be, in contrast to Education Minister Justyne Caruana’s insinuation that this was being held back by the union and its members.

In an interview with Newsbook.com.mt, Bonnici described the minister’s assertion that online learning depended on the union as an “invention.”

He noted that last March, when the Covid-19 pandemic reached Malta, teachers shifted to online learning overnight, without any preparation. And while schools are presently open, online learning is still taking place for the benefit of students who are not attending classes in persons, including the vulnerable. Consequently, he said, educators were presenting no obstacle to shifting to online learning, and could do so once more if the situation demanded it. 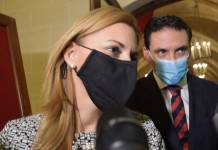 Covid-19 in schools: ‘no different to other workplaces’

The MUT had led a two-day strike last week, and Bonnici highlighted that the agreement which brought it to an end will see the union informed weekly on the number of Coivd-19 cases reported in schools.

On the cases reported in schools since October, he argued that the situation was no different to other workplaces.

Asked to elaborate on the authorities’ assertion that children attending school led to a drop in cases, the MUT president highlighted that statistics drawn up by the health authorities and by statistician Vincent Marmarà showed that the number of Covid-19 cases fell after schools opened their doors in October. But he added that while schools may have contributed to a drop in cases, this was not necessarily the case, pointing out that stricter measures to control the spread of the pandemic had been implemented.

Bonnici also revealed that a number of teachers felt offended by this argument, as it made them feel as though they were being perceived to be glorified babysitters. He said that the MUT often felt the same, recognising an imbalance between the educational aspect and the need for parents to go to work. 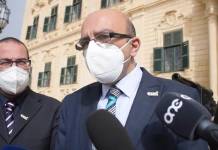 The agreement which ended the strike will also see educators moved up the Covid-19 vaccine queue, as well as a strengthening of measures intended to prevent the spread of the pandemic in schools. Teachers will now be invited to receive the vaccine at the start of the third phase of vaccinations.

Bonnici revealed that the number of people tasked with carrying out contact tracing of schools has been increased this very week, stating that this took place on the request of the MUT. The union, he said, had observed a number of Covid-19 cases in schools which were being treated as sporadic.

Watch: All schools to re-open on Monday 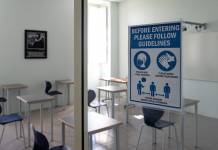 The reopening of schools saw teachers return to their daily routine, if their feedback to the union is any indication. But Bonnici emphasised the importance of implementing the preventive measures fully and consistently, so that the successes achieved in controlling the spread of the pandemic in schools before the Christmas holidays is maintained. 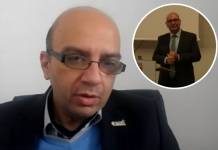