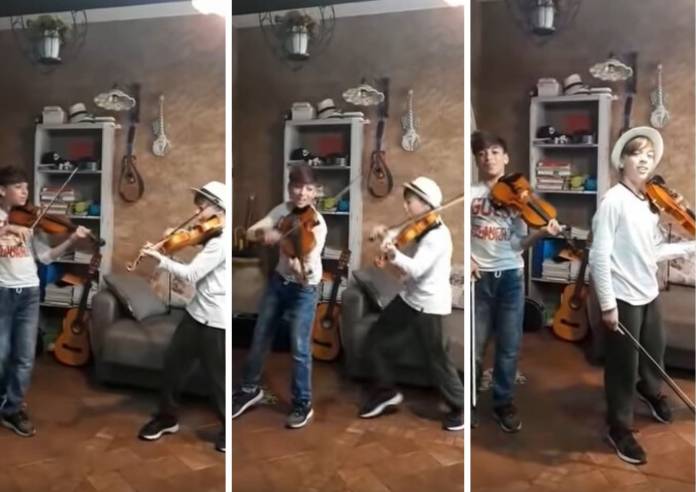 Mirko and Valerio, 12-year-old twins who perform as the ‘Violinisti Little Band’ and who are currently in quarantine in Italy, decided to cheer people up by giving their own rendition of Coldplay’s ‘Viva La Vida’.

The boys said that they thought of spending some time with people in quarantine and thought that Viva La Vida was the perfect song to share. They also said that, for them, music is a ‘relief valve’ and ended with the hashtag#allwillbewell.

The joyful energy of the two tweens has touched and bucked up the spirits of people all over the world.

And yes… the video was watched by the Coldplay lads and they tweeted “Grazzi ragazzi” (“Thank you, boys”).