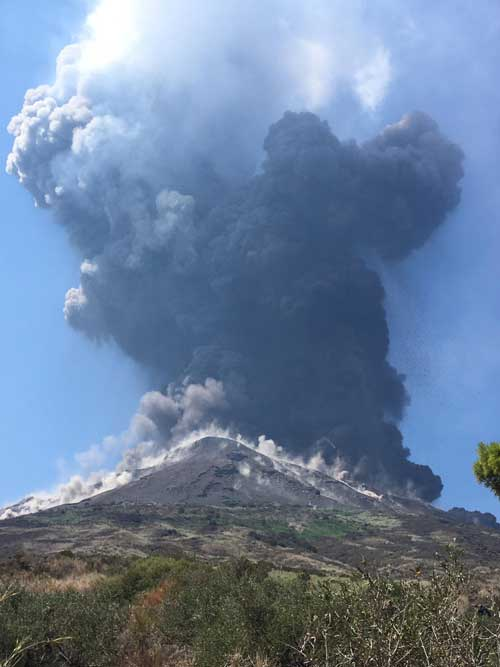 Stromboli volcano has erupted again. One of the most active volcanoes in the world, Stromboli lies north of Sicily and is part of the Aeolian Islands. The eruption was preceded by a loud boom followed by a large cloud, which engulfed the volcano and island and was seen kilometers away by vacationers on boats in the surrounding waters around the island.

The explosion, which was described by Volcanologists as ‘massive’ was near the summit vents and produced an ash plume that rose several kilometers in the air. The lava flowed down the Sciari (eastern) side of the mountain and into the sea, as can be seen in the video. 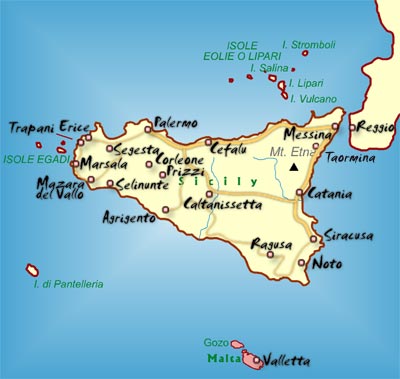 Volcanic activity has been reported as quite high over the past weeks and the summit area was closed off to hikers to prevent injuries or fatalities. Pumice rain, the size of approximately 1cm, pelted down on boaters.

About 5,000 residents and visitors are on the island at present, a popular but rugged summer destination. There were no reports of victims or damage. Civil protection officials say the situation is under control although they are keeping hikers off the volcano’s slopes.

An earlier unexpected eruption this summer on July 3 killed an Italian hiker who was on the side of the volcano at the time.

Manila shut down as volcano spews ash over Philippine capital

Etna’s Boxing Day eruption could be a warning