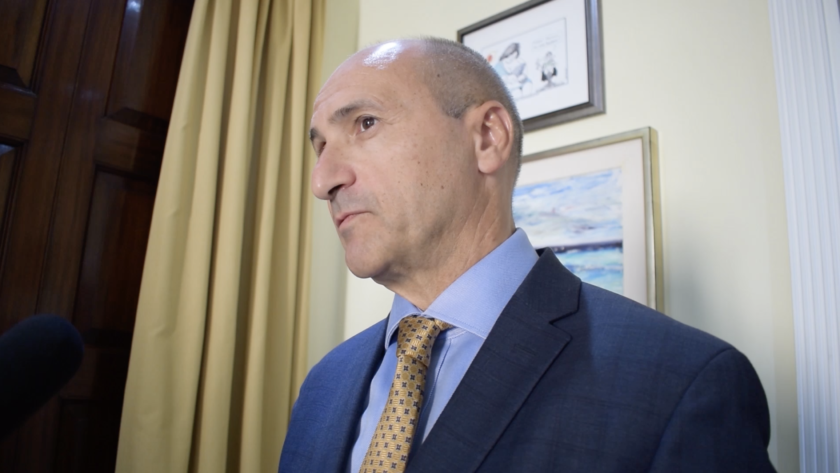 Minister for Health Chris Fearne said he is waiting for the results of the Gozo air ambulance inquiry which will be led by Magistrate Joe Cacciattolo to be issued within the next couple of weeks.

The Minister said Chief Executive of the Gozo General Hospital Joseph Fenech had given him his explanations but that the inquiry will still be carried out to ensure that the truth is uncovered.

Last week, Nationalist MP Chris Said took to social media to state that a critically-ill patient was admitted to Gozo General Hospital in the morning but was not flown over to Mater Dei Hospital before 4.30pm because the helicopter was not functioning properly.

Fearne said that the Chief Executive spoke with him on the same day of the incident but that he had nothing to do with the photos related to the case that Fenech took down from Facebook. 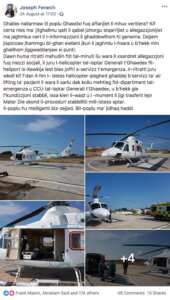 Updated: Daphne’s Inquiry: “Government must support the Board of Inquiry” – family

Monique Agius   April 7, 2020
Dr Falzon clearly stated that if the situation persists and there was no direct assistance then the situation for those who are more vulnerable would inevitably get worse. He said that while as NGOs they are offering their services and assistance to those who need it, there was a limit to the work that they could do.

Monique Agius   April 6, 2020
In a statement the Nationalist Party explained that it has called on Prime Minister Robert Abela to set up a public inquiry that would establish what led to Miriam Pace's death. The public inquiry would establish whether the functioning of the institutions and whether the necessary measures were taken to ensure the interest of third parties before and during the excavation works. It would also be established whether the death could have been avoided.

Chamber of Commerce calls for full disclosure on former ITS site