Former Partit Nazzjonalista leader Adrian Delia said that the outcome of the leadership election was “crystal clear” when asked about a spate of resignations handed in on Sunday by PN officials and councillors who backed him as leader.

Delia remarked that he was not aware of the exact number of resignations that were handed in since he took the day off after having dedicated three years to the party.

On Sunday
PN councillors who backed Delia hand in their resignation 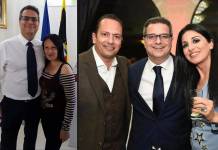 Asked whether he regretted his stint in politics, Delia said that he would not change anything adding that he would do it again since the experience brought with it new friendships.

The former PN leader intends to stay on in the party saying that he will assist in the upcoming general election.

Asked whether he would contest as candidate in the upcoming general election, Delia told reporters outside Parliament that this was not a decision he could take on his own.

Delia said that he has pledged allegiance to the newly elected PN leader, Bernard Grech, adding that the latter has invited him to participate in the Opposition parliamentary group in an active manner. 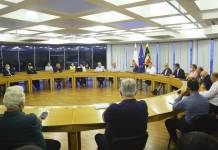