The Archbishop’s Palace in Valletta has been the residence of the Bishop, and then the Archbishop, for almost four centuries. 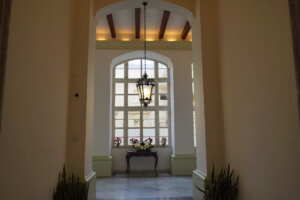 The impressive building, which dates back to the 1640s and was designed by Tommaso Dingli, also contains underground cisterns and a garden.

Newsbook.com.mt spoke to art historian, museologist, author and lecturer Dr Theresa Vella and archaeologist, museologist and curator Suzannah Depasquale from the Curatorial Studio who are currently working on the restoration of the Palace, giving it a little bit of ‘TLC’ (tender loving care). Fr Nicholas Doublet is chairing the rehabilitation project, which is financed by the Archdiocese of Malta.

The rehabilitation is taking place in the Palace itself and as the collection inside it, as well as the courtyards and the vaults (which contain a natural water spring). 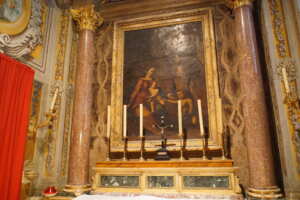 Dr Vella explained how the Palace was not only the location where the Bishop and Archbishop would greet very important visitors but also the seat of administration. Nowadays, the Palace is still used for the Judicial Tribunal, which is an activity which has continued unabated since the 17th century.

She said that, as a historic building, the Palace has been well-maintained throughout the years, but its starting to show its age a little bit now, which is why there is the project being carried out.

Ms Depasquale told Newsbook.com.mt that the project mainly revolves around identifying the narratives of the site and its importance, especially in a socio-religious context.

Acne treatment lands beauty shop in a spot of bother

Christoph Schwaiger   January 20, 2020
Police have arrested a man suspected of being involved in six different hold-ups carried out in January.