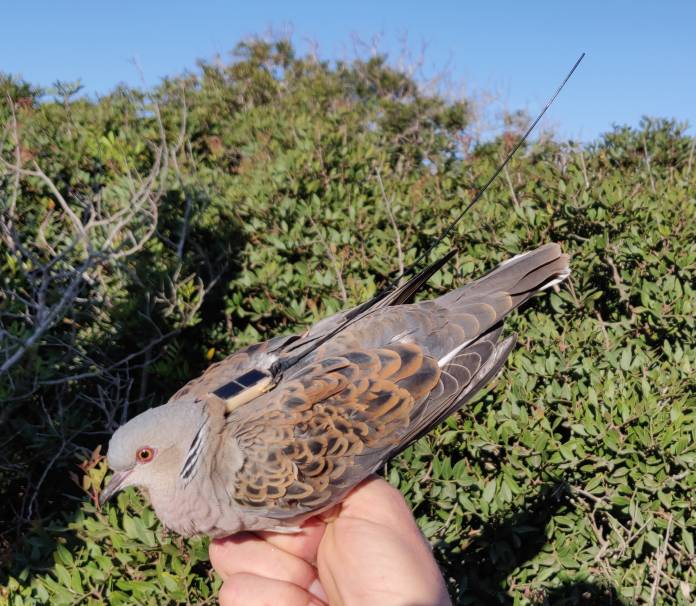 Continued research has permitted the satellite-tagging of three Turtledoves by BirdLife Malta this spring. The effort replicates and adds on the journeys of Francesco, an Italian Turtle-dove originally satellite-tagged in April 2017 from Comino’s bird sanctuary who continues transmitting to date.

Turtle-doves are fitted with a 5g solar-powered satellite tag which is fitted as a backpack on the bird – charging a battery using sunlight, and transmitting the bird’s GPS locations over a few days every time there is alignment with satellites orbiting the Earth. As a result the bird’s movements are transmitted intermittently every other day. Such research which is also being continued in Germany with Turtle-doves tagged at the end of the breeding season there, is contributing immensely to the knowledge on this species which is thought to have declined by almost half in the past 16 years in Europe.

Such knowledge helps answer many mysteries about the European Turtle-dove, BirdLife said, all information which can help to protect its future. These include knowledge about those areas which are important stopovers for Turtle-doves along their migration between Europe and Africa – such as areas where they can rest and refuel; and how they tackle obstacles in their route – from the Sahara Desert to the Mediterranean Sea, to even the Alps for the northern populations of the species. It also enables the study group to determine how much birds have fidelity to their nesting sites – whether they come back to the same spot to nest every year, and whether their journeys takes them through the same route.

At a more local level, the research is also helping to explain how weather conditions affect their migration, how timed their arrival to Malta is, year after year, and – ultimately on top of bird ringing studies – from where birds passing through Malta originate, whether they come back through Malta during the autumn migration, and even where they settle in Africa for the winter. 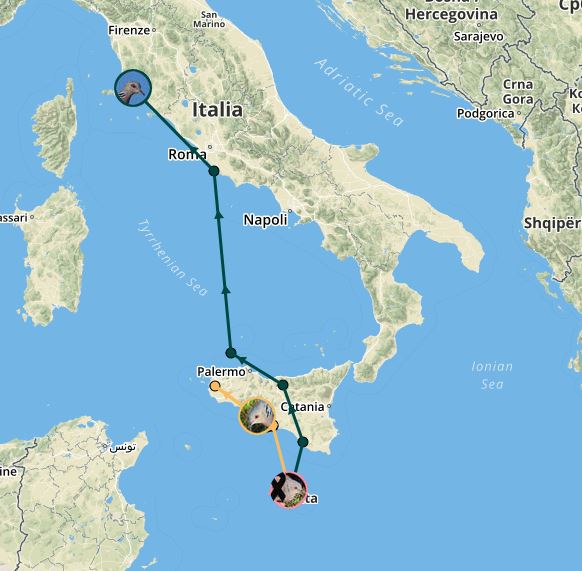 Data to date collected from ringing studies through the recognised scientific EURING network, attributes the origin of Turtle-doves migrating through Malta to Italy, Czech Republic, Hungary, Germany, Poland, France, Croatia and Austria with varying health status amongst these populations in Europe.

Due to this year’s spring hunting season once again coinciding with the peak migration of Turtle-doves and owing to the scale of illegal hunting ongoing on Turtle-doves last April, birds were purposely not satellite-tagged during their peak migration to avoid losing them. Three birds, named Marija, Hope and Virginijus were accordingly tagged on the 1st, 4th and 5th May after the birds were weighed, ringed and fitted with the satellite tag harness by BirdLife Malta Ringing Scheme licensed bird ringers Nicholas Galea and Martin Austad. Soon after tagging, GPS positions received at intervals kept BirdLife’s ringers on edge to see how the birds fared with their new equipment and how soon and to where they would leave the Maltese Islands.

This video documents the satellite-tagging process and the birds’ release:

BirdLife Malta said that research has been possible thanks to sponsorship by the Nature and Biodiversity Conservation Union, NABU (BirdLife Germany) who have chosen the Turtle-dove as the bird of the year for 2020 in Germany. Research work which is led by Dr Petra Quillfeldt at Giessen University aims to track the migratory movements of European Turtle-doves across Europe and Africa.