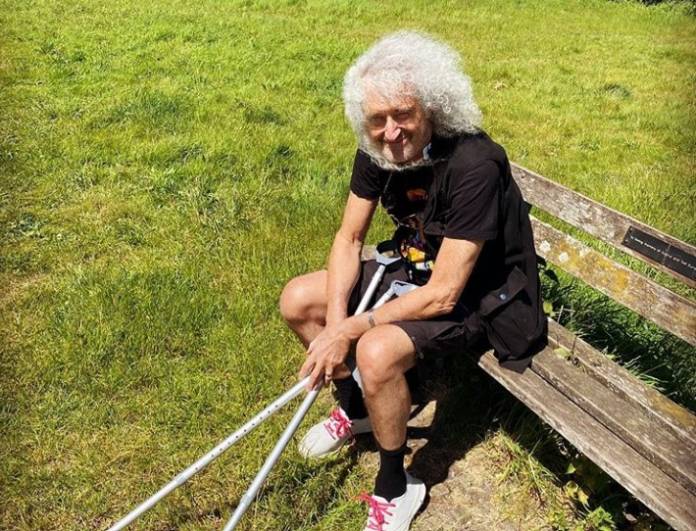 Brian May has revealed that he suffered a dangerous heart attack earlier this month and was rushed to hospital where he was “very near death”.

In an Instagram post, the 72-year-old musician wrote: “Hmm… Sheer Heart Attack eh? Well, I think I always worried a little bit about that album title. I wondered if it might upset some people who had actually had heart attacks. I’m actually quite relieved now that I’m in that club – and I don’t find it upsetting at all!”

May, who is also an astrophysicist, was initially hospitalised after “ripping his Gluteus Maximus to shreds” in gardening accident.

During the video, he explains that: “In the middle of the whole saga of the painful backside, I had a small heart attack. I say small – it’s not something that did me any harm. It was about 40 minutes of pain in the chest and tightness and that feeling in the arms and sweating.”

He had an angiogram and doctors found that some arteries “were congested and in danger of blocking the supply of blood” to his heart. May added that he turned down open heart surgery and had three stents put in instead.

Since the scare, May has been out and about for his first walk in the park since the coronvirus pandemic hit; however, he has had to use crutches. He said, ” My first walk in the park since this all began. My… the air feels good ! Sky is blue – sun is clear and bright and warm and the breeze is cool. White fluffy cloud scud over my head. But I’m dependent on these ‘crutch’ devices to get around. There’s always ONE snag !! Well, not for long, hopefully. I’ve been through these scrapes plenty of times before. They make you stronger, right ?! If they don’t kill ya !! Well, I’m not planning to check out just yet !!! Rock on out there !! Isolate !!! Photo by Phil Webb, who bought me an ice cream – Thanks Phil – lovely day !!!”