Dutch MEP Sophie in ‘t Veld who led the delegation to Malta said that she believes that if Prime Minister Joseph Muscat stays on, the administration would pose a risk to the murder investigation.

On Tuesday, the MEP delegation held a press conference after the fact-finding mission came to an end at Europe House. 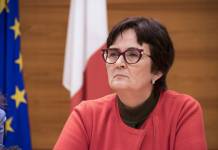 Replying to a question by Newsbook.com.mt in which the MEPs were asked whether there is a risk to evidence going missing, in ‘t Veld clarified that ‘risk’ and ‘fear’ by definition cannot be proven. However, she explained that once one raises such a point, then yes, it is because they fear that such a risk exists even if that risk might only be perceived. 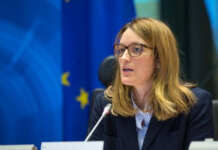 The Dutch MEP explained that such risks whether perceived or real undermine trust, adding that trust cannot be expressed in figures however, it is ‘the core ingredient of the democratic rule of law’.

“I believe it is a real risk,” in ‘t Veld stated, further explaining that if it were up to her, and she stood between trust and being an obstacle to trust, then she would draw her own conclusions and leave.

Stelios Kouloglou, Greek MEP representing the European Left Group, replying to the same question pointed out that since Daphne Caruana Galizia’s assassination, there has been constant denial from the government to proceed with finding out what happened, adding that the public inquiry had been denied for two years. He observed that hate speech in particular towards the family of the slain journalist still exists.

‘We have a base to say that we cannot trust this administration and the Prime Minister to continue in its office, because we are afraid that some elements or evidence will be destroyed,’ the Greek MEP concluded.

Kouloglou added that after the details of the relationship between former chief of staff to the Prime Minister and the alleged perpetrator emerged, it is very important that the administration allows the police to do their job freely and for justice to take its course.