President George Vella continued to meet Opposition MPs on Friday after MPs Chris Said and Claudette Buttigieg have triggered a process by which Partit Nazzjonalista leader Adrian Delia may be removed from Opposition Leader. Delia lost a vote of confidence in a PN parliamentary group meeting on Tuesday by 17 votes to 11.

As the crisis within the Partit Nazzjonalista deepens, the President of the Republic is currently speaking to all the PN MPs about the imminent prospect of changing leadership in the Parliamentary group. This afternoon, Therese Comodini Cachia arrived at the Presidential Palace as the last on his list of consultees.

Independent MPs Godfrey Farrugia and Marlene Farrugia also spoke to the President over the phone. Both former PD leaders approve of the nomination of Therese Comodini Cachia.

The President is expected to decide by Saturday on whether Delia should be removed from the constitutional role as Opposition Leader.

Sources speaking to Newsbook.com.mt dispelled rumours spread over social media that some of the MPs who participated in the secret vote had changed their opinion on Delia after voting against him on Tuesday.

Newsbook.com.mt is reliably informed that the resolve of the two-thirds majority who voted against Delia has been strengthened by what was described as ‘clear indications’ that the two-thirds majority of MPs has tightened its ranks. Indeed, the same sources denied categorically that any of the group had jumped ship. The same sources added that while it is true that great pressure is being exerted on the majority to change their position from solidly backing Comodini Cachia to backing Delia. They added that it is truer to say that the Delia faction is bleeding. 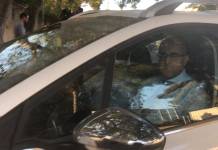 Who did President Vella meet on Thursday afternoon?

MPs Claudette Buttigieg and Chris Said were the first to meet President Vella on Thursday afternoon where they informed him that Delia no longer enjoys the support of the parliamentary group and they were nominating Therese Comodini Cachia in his stead.

Delia was next to meet the President. President Vella explained that process which involves meeting the MPs and verifying what kind of support Delia still enjoys within the parliamentary group.

Who has visited President Vella on Friday?

Newsbook.com.mt’s sources quoted a survey on public opinion carried out by MISCO on behalf of CD eNews. The study found that Robert Abela enjoys 56% support among respondents while Adrian Delia enjoys the support of 11%. A third of respondents had no preference. Abela’s supporters were mainly males under 44 years of age. When asked for their voting preferences 56% said that they would vote PL and 41% said they would vote PN.

The same sources said that some of the MPs who voted for Delia were shocked at the result and were shocked as well at the high level of support Delia seems to be receiving from groups close to the Labour Party. The Delia MPs also expressed disappointment at the hysterical scenes some supporters staged outside the PN headquarters. 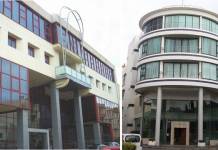 Sources speaking to this newsroom said, that those MPs supporting Delia were once again shocked by the survey results. They expressed shock also at the fact that Delia found support from some quarters of Partit Laburista. They expressed their disappointment at the behaviour of some of Delia’s supporters outside the party headquarters in the recent days.

During an address on the party’s media on Thursday night, a ‘hurt’ and ‘angry’ Adrian Delia vowed that he would remain on as Opposition Leader since the paid up members had elected him as PN as leader.

Next step depends on the President’s decision and MPs” – Agius

Deputy leader for parliamentary affairs David Agius told the media that the next step depends on President George Vella’s decision and on what the Opposition MPs will decide.

Agius said that he received a call from the Office of the President to attend a meeting on the developing situation.

10 new AEDs to be installed around Gozo

Monique Agius   October 1, 2020
Ten new Automated External Defibrillator stations which are used used to help people having a sudden cardiac arrest, will be installed around Gozo after an agreement was signed with Malta Cadets.