The PN’s Executive Committee has voted in favour of a motion to convene the General Council on the 31st of July to decide between asking paid up members to confirm Delia as the PN leader or to elect a new leader. The General Council will then vote on Saturday 1st August.

This compromise was reached following a meeting between the PN leader Adrian Delia, MP Chris Said and the General Council President Censu Galea and which the Executive Committee agreed to vote in favour of.

In his first reaction to the press waiting outside the PN headquarters, in the early hours of Friday morning, the PN leader Adrian Delia emphasized that the final decision should be made by the party members and no one else.

The motion was presented by Adrian Delia seconded by Dr Michael Asciak.

If Delia and Said failed to agree, Galea would have had to give a ruling on whether the party members will take part in a vote of confidence in Delia, or if they will have to vote in a leadership race.

The Nationalist Party convened for an executive committee meeting on Thursday evening, in the wake of Delia losing two confidence votes, first among his parliamentary group and then among the committee’s members. The Executive Committee is today chaired by the President of the General Council, Ċensu Galea.

Ahead of the meeting, Delia wrote to the president of the party’s general council Ċensu Galea, asking him to convene the council on 31 July. The council would be asked to approve the organising of a party conference within three weeks, in which the PN’s paid-up members (tesserati) will be asked to hold a vote of confidence in Delia.

Once Delia presented his proposal to the executive committee, former MP Michael Asciak proposed a different course of action. According to Asciak, the general council should convene between 29-31 July to hold a confidence vote in Delia itself, and to initiate the process leading to his replacement should he lose the vote.

Taking to Facebook, Delia’s supporters and detractors highlighted the wide divergences of opinions within the party on the way forward.

Party veteran Frank Portelli repeatedly described those opposed to Delia as a “clique,” while Marsa councillor Charmaine Aquilina accused them of acting in an undemocratic fashion over their unwillingness to leave the matter to the paid-up members.

But on the other end of the spectrum, Wayne Hewitt pointed out that Delia’s request was not in line with the party’s statute.

Several MPs have also posted on Facebook their position on the motion presented by Asciak. 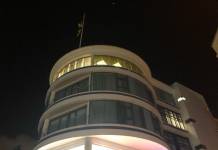 The parliamentary group met on Wednesday on Delia’s request, with the stated aim of discussing the alleged suicide attempt by state witness Melvin Theuma. But the majority of MPs who oppose him walked out shortly afterwards over his refusal to discuss anything else.

Therese Comodini Cachia told the press that they wanted to discuss Delia’s unwillingness to respect two no confidence votes. Comodini Cachia is the MPs’ choice to replace Delia as Opposition Leader, but in a controversial decision that has been criticised by a number of constitutional experts, President George Vella chose to confirm Delia in his post even though he recognised that he had lost the trust of most of the opposition. 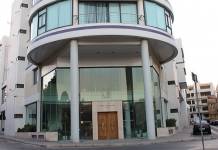 The newspaper editorials on Thursday also focused on the political situation within the party. Many are trying to guess what will be the next step for the party ahead of the executive meeting and whether it would degenerate further or whether it would improve.

The party’s newspaper editorial described today as a ‘historical day in PN’s recent history’. The editorial speaks about the party being at crossroads given the current circumstances. It argues that one should seek to put the party’s interest before their own, adding that insults will not bring any results and that they should attempt reconciliation while everyone shoulders their responsibility.

In-Nazzjon’s editorial maintains that different officials were elected to their post and therefore their ‘authority’ should be respected.

‘God is on our side,’ Delia claims as he calls for support

Meanwhile, Delia took to his Facebook page to make an appeal to party members, building on his appearance on a socio-religious programme on Wednesday to make an address peppered with religious references.

“I remembered that for the Nationalists to arise in their thousands, they need to hail from the cities and the country, not in the moment of glory, but in the hour of trial. This is the battle of our land, and yes, God is with us, and we shall triumph,” Delia said, quoting liberally from the party’s anthem Sbejħa Patria.

“I will go to the people. For another time, for as many times as necessary, whilst asking them to remember who we are, where we came from and encourage them that together we can reach our goal, humbly ask them whether they want me to be at the very front of our journey,” he concluded.

Watch: Paid up members have the last word on leadership, Delia says

Watch: Delia says that Police have not called him in for questioning