The dosument was presented during a press conference at the PN headquarters which was addressed by the newly elected PN leader, Bernard Grech and Finance Shaadow Minister Mario De Marco. A number of PN MPs and representatives of unions and other stakeholders were also present.

The PN leader Bernard Grech said that the document provides a vision for the Maltese economy which over the years the Labour government has based it mainly on the selling of passports amongst other unsustainable economic sectors such as the increase in population.

Grech said that the document includes proposals on how; the wage supplement should be increased and extended till March 2021, a masterplan for the economy and a plan for Gozo. Grech said that the PN’s vision for Gozo is based on the green economy, digital economy, tourism – local and international, the agricultural economy and Gozo’s connectivity.

The PN spokesperson for Finance Mario DeMarco gave an explation on the current economic situation which is dominated by the coronavirus pandemic. He explained how countries including Malta will not be able to experience an economic recovery until two or three years down the line. Mario DeMarco said that the pandemic has posed the opportunity for us to finetune our economic strategy or to re-invent a new one.

The PN’s pre-budget document also tackles the Moneyval Report and how the country should address it inorder to not be greylisted.

The PN spokesperson for Finance mentioned how the party is basing the economy on the following;

The following are some of the proposals included in the document; 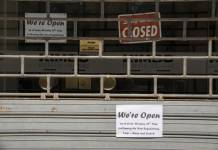