Prime Minister Robert Abela said that he would not be sacking Education Minister Owen Bonnici despite a constitutional court finding the minister guilty of breaching the human rights of activists.

Bonnici was castigated by Judge Joseph Zammit McKeon for repeatedly ordering the clearance of the Daphne Caruana Galizia memorial at the foot of the Great Siege Monument in Valletta, with the judge ruling that in doing so, the minister was violating activists’ freedom of expression. He was Minister for Justice, Culture and Local Government, with a portfolio which included the Cleansing and Maintenance Division.

NGO Repubblika had instituted the case against the minister, and it insisted that he should resign after the court found in its favour. 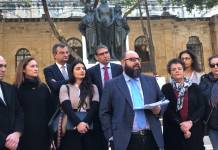 In comments given to Newsbook, Abela said that he saw no reason to sack Bonnici, adding that the court’s ruling signalled that Malta’s institutions were functioning properly, and that the courts were acting independently of the executive.

He said that he had in fact anticipated the court ruling – which, he confirmed, would not be appealed by the government – as one of the first decisions he took as Prime Minister had been to order that the memorial be left untouched.

“Each case should be seen on its own merits”

Pressed further on the matter by Newsbook, Abela said that just because the Courts disagreed with a minister’s decision, this did not necessarily constitute grounds for resignation or dismissal.

Asked whether this meant that there would be no repercussions for ministers who were found to breach human rights, Abela insisted that each case should be seen on its own merits.

The Prime Minister also maintained that he was never consulted on the clearance of the memorial when he had been a legal consultant to his predecessor Joseph Muscat.

Abela was speaking after a meeting he held with the GRTU – Malta Chamber of SMEs, in which he said that the “error” of a businessman should not lead to the entirety of Malta’s business class to be tarred with the same brush.

“An ‘alleged mistake’ should not impact the whole sector” – PM Abela 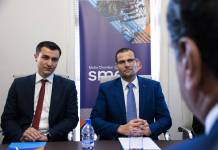